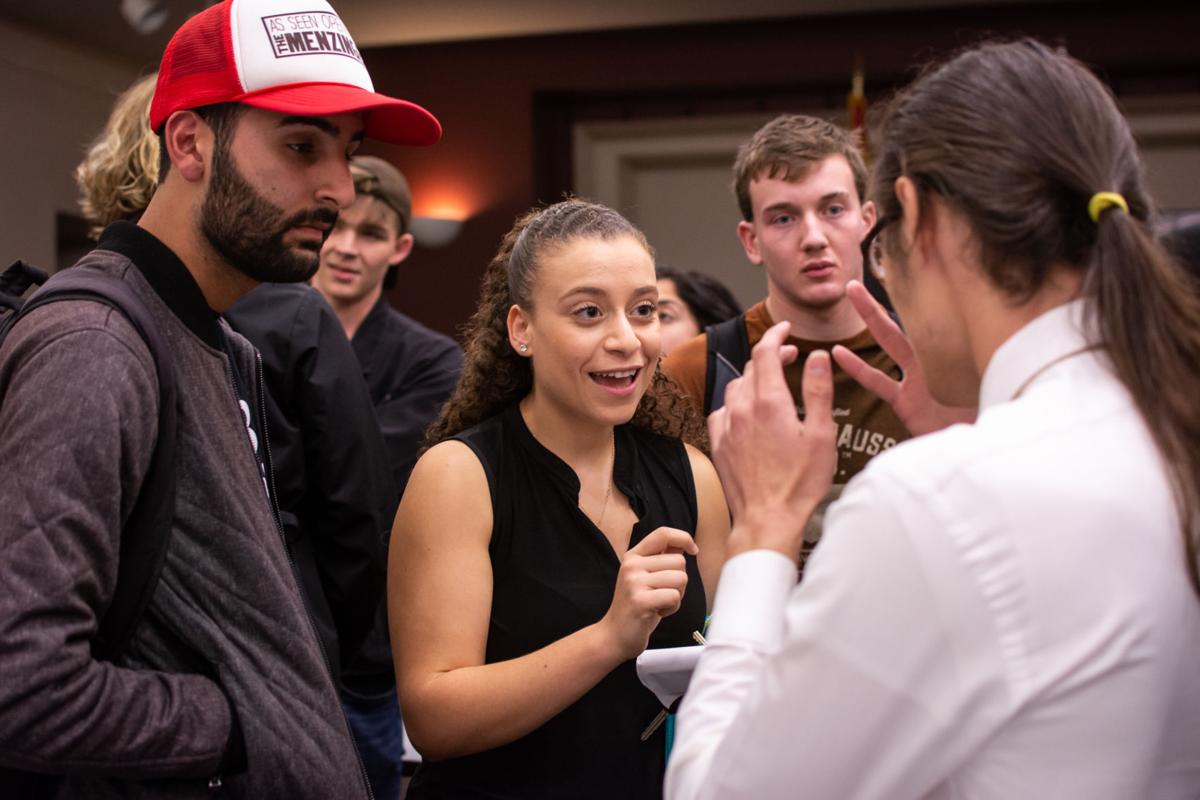 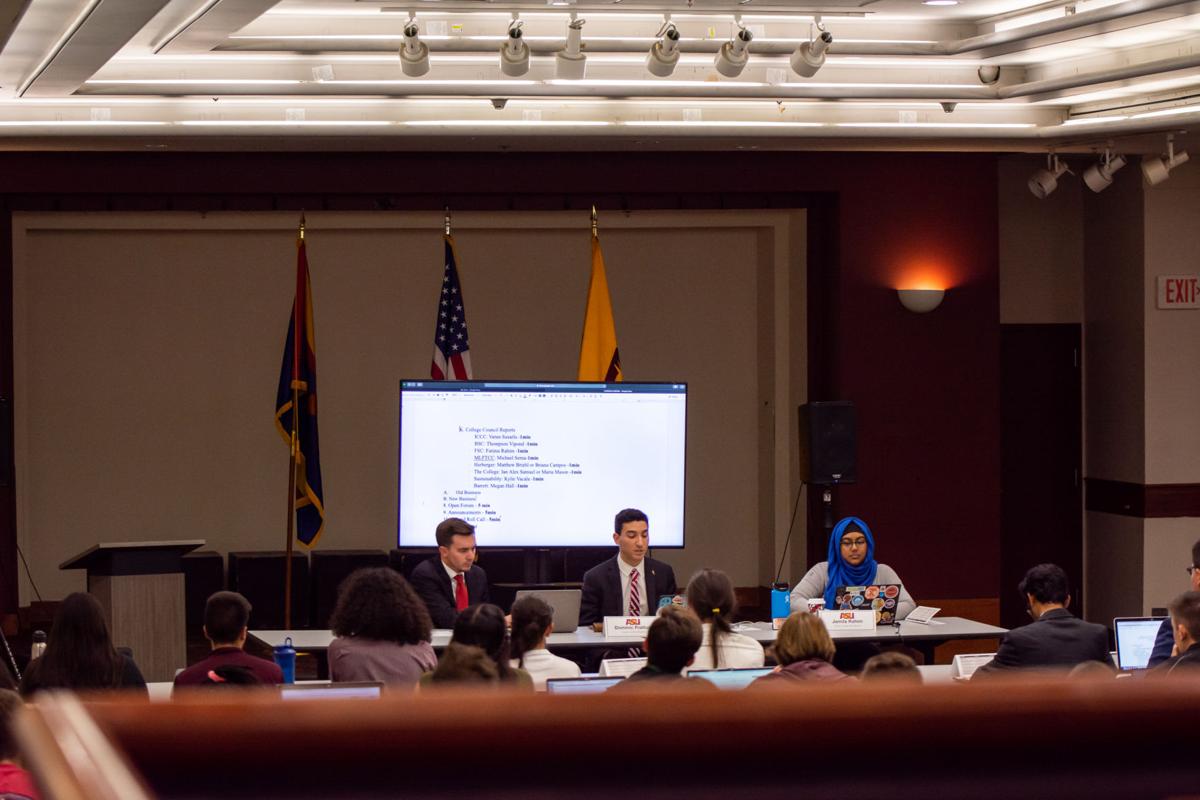 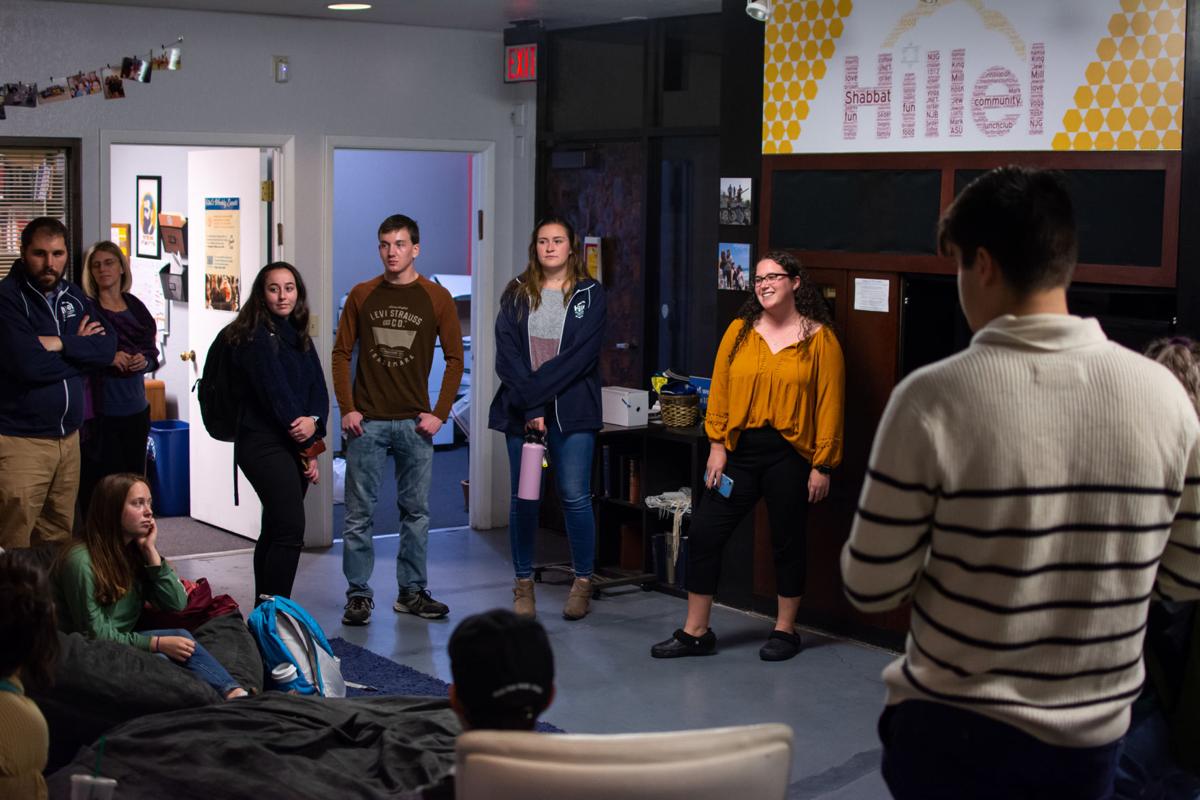 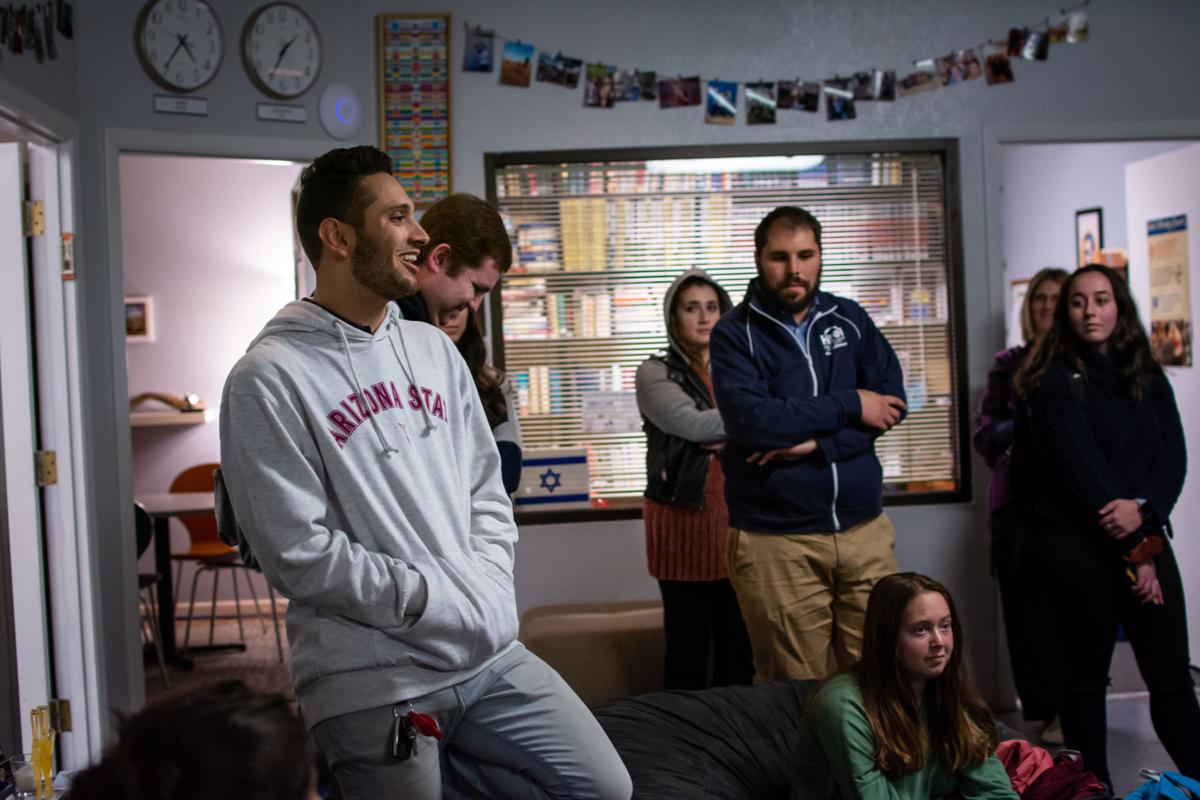 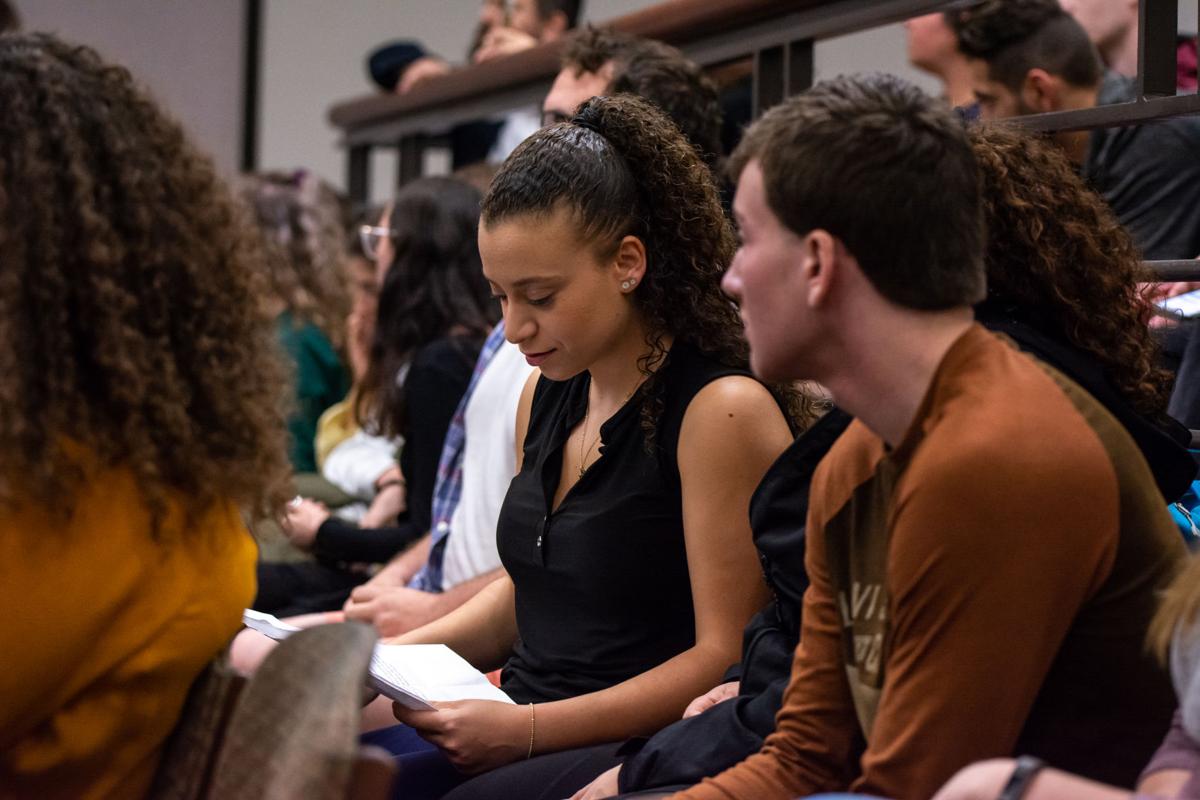 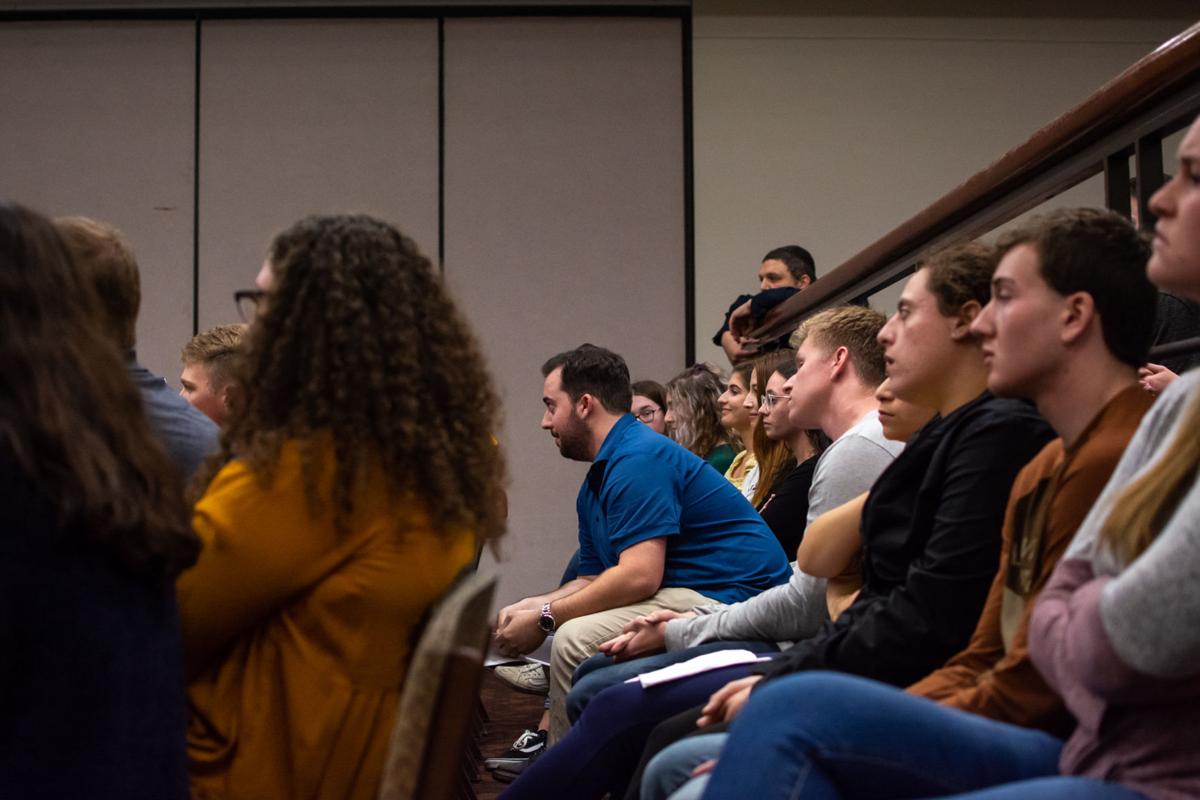 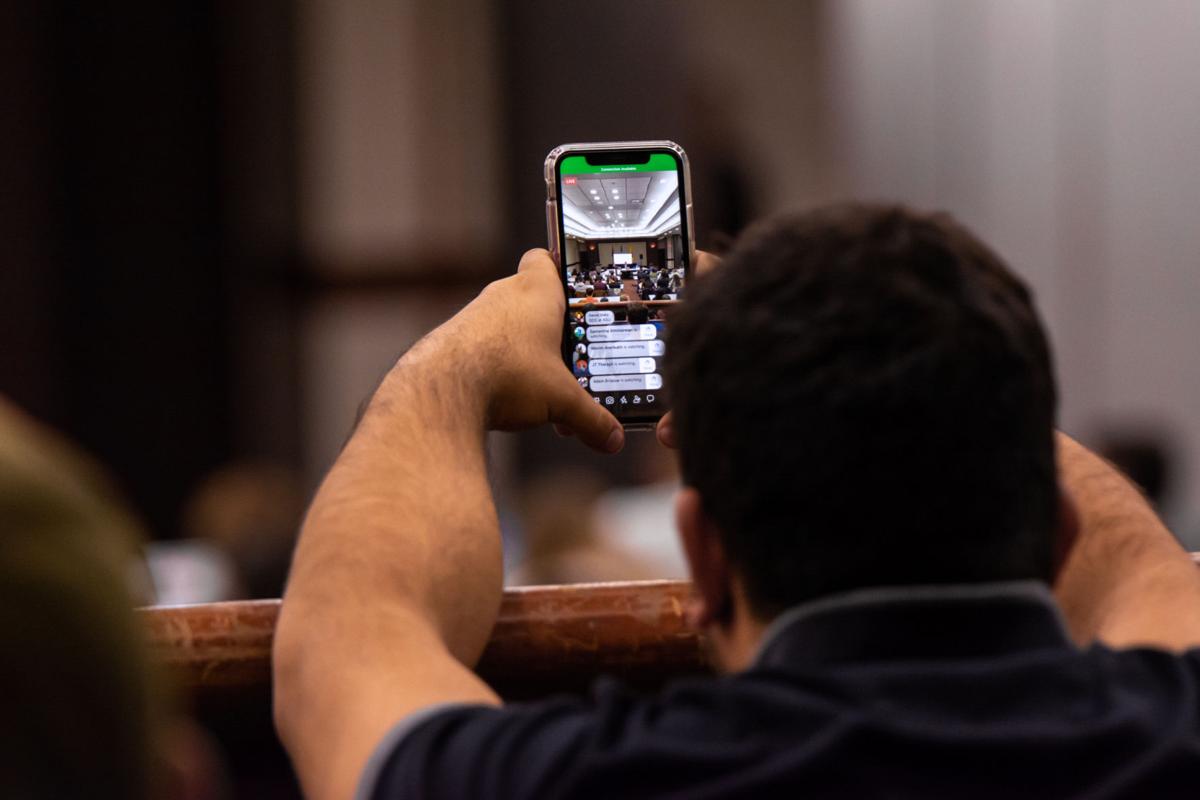 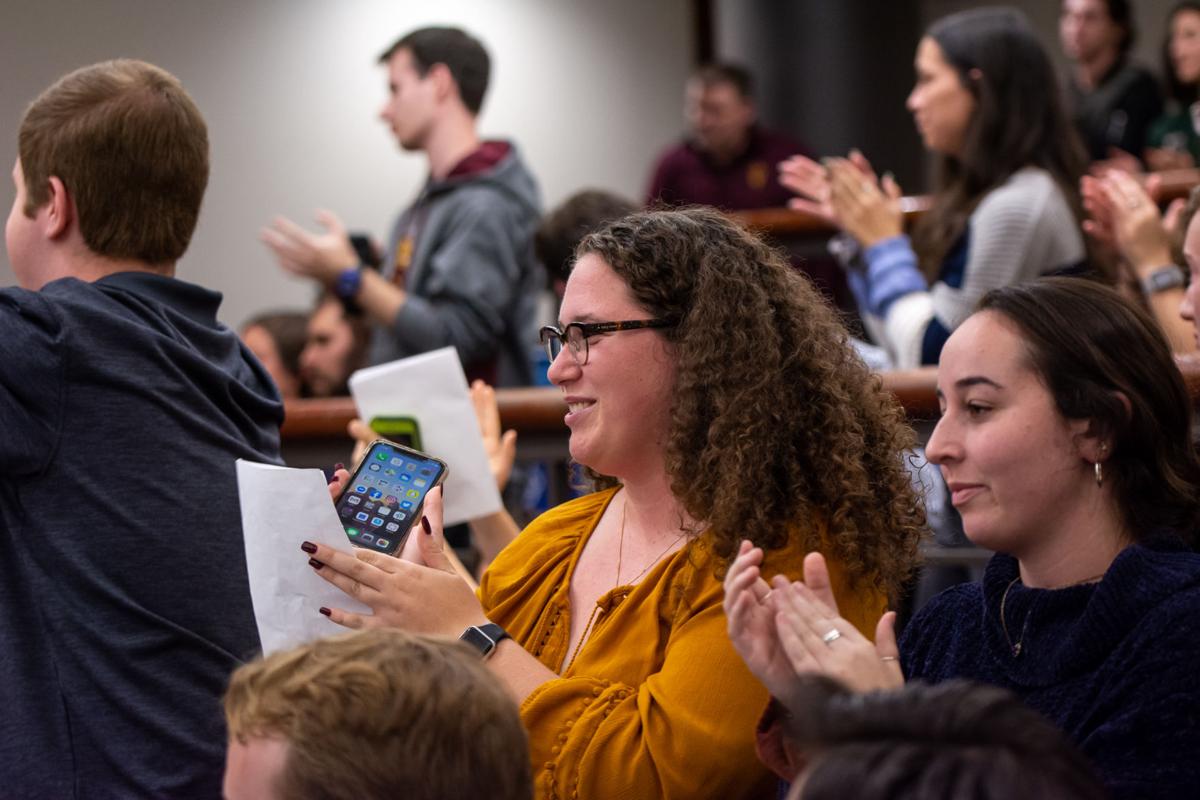 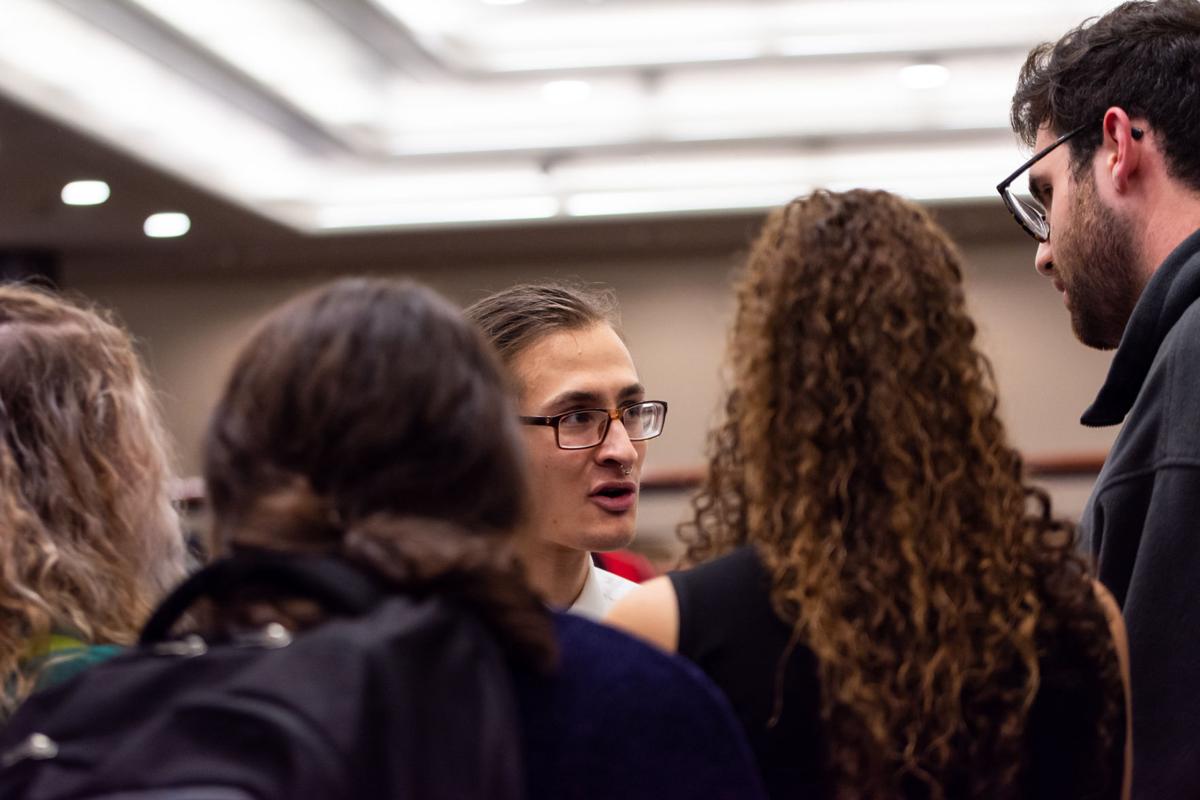 On Tuesday, Nov. 19, students flooded the chambers of the Undergraduate Student Government at Arizona State University to debate a planned resolution in favor of the boycott, divestment and sanctions movement. The meeting came after a month of anti-Israel and anti-Semitic incidents on campus.

The proposed resolution would have called on the ASU administration to divest from any Israeli companies that the university is currently invested in.

Although a vote on the resolution was delayed until the next student government meeting, around 60 students from Jewish organizations across ASU attended the event to speak out against the proposal.

Sarah Balis, president of the Hillel Jewish Student Center at ASU, was the first student to speak at the meeting.

“If USG wants ASU to remain a place where all students feel included, you must vote against any resolution that supports the BDS movement,” Balis told senators.

Jewish students had a variety of reasons for opposing the resolution.

“This whole resolution is absurd,” said Emily Kaplan, president of the ASU chapter of Students Supporting Israel. “It literally shuts down any connection, any chance to have dialogue.”

Jacob Wirtzer, ASU chapter president of Alpha Epsilon Pi, said that a student government meeting was the wrong place to have a productive discussion.

“In this setting, it’s hard to have any kind of debate because it seems like it’s very hard our side versus their side,” Wirtzer said.

Other students, including USG Senate President Dominic Frattura, argued that USG shouldn’t take a stance on any foreign policy issue.

Benjamin Cooper, the senator who sponsored the resolution, spoke in favor of his proposal at the end of the session.

“In the ASU charter, it says we are fundamentally responsible for the communities that we serve,” Cooper said. “As USG, we also share that responsibility.”

Cooper raised concerns about the university’s endowment fund, which is invested in a variety of companies that could hypothetically include weapons manufacturers, fossil fuel companies and technologies with the potential for human rights abuses.

A month of controversy

Debbie Yunker Kail, executive director at the Hillel Jewish Student Center at ASU, identified a series of four recent anti-Semitic or anti-Israel incidents in a statement emailed to members of the ASU Jewish community on Nov. 14.

Those incidents included anti-Semitic neo-Nazi flyers found on campus on Nov. 1, two opinion pieces published by The State Press on Oct. 17 and Nov. 6 that called on students to boycott Israel and a protest by Students for Justice in Palestine that disrupted an event with two veterans of the Israel Defense Forces.

Many Jewish students felt threatened and intimidated at the protest, and came to the USG meeting to oppose any further attempt to boycott Israel.

“As the president of the Jewish fraternity, from what I hear from my guys, it’s creating an environment on campus that’s unwanted and it’s completely unwarranted,” said Wirtzer.

Dr. Stanley Mirvis, assistant professor of history and the Harold and Jean Grossman chair in Jewish Studies at ASU, said Jewish students were thinking about these issues even before the last month of incidents.

“As a Jewish studies professor, I’ve had a lot of students that come to me feeling nervous and wanting perspective about things,” Mirvis said. “Jewish students on campus are very aware of what’s happening.”

Dr. Volker Benkert, assistant professor of German history at ASU, said that while protesters and supporters of the BDS movement have a right to free speech, that does not give them the right to disturb and intimidate students.

Nevertheless, “what I’m much more concerned about than the protests, and what the university has strongly condemned, is the presence of these clearly anti-Semitic flyers on campus,” Benkert said. “This is where ASU draws a clear line and all organizations involved are in clear condemnation.”

Benkert praised ASU for its handling of the protest. He said that dialogue is possible because of the university administration’s efforts to mitigate conflict and condemn hate speech and violence while protecting freedom of speech.

Overall, students felt proud of how the Jewish community on campus came together in response to events in the last month.

“Our Jewish community at ASU has been really good at putting out a united front,” said Jacklyn Schur, vice president of the university’s Hillel chapter. “By collaborating with all of the different Jewish organizations, the response been really strong and that has given the students a better sense of community.”

The protests have made other students more determined to host and attend events on campus.

“It makes me more inclined to go, even to shabbat, which is something that I would go to every week anyways,” said student Bella Schneider. “When I see an op-ed or people protesting, I know it’s even more important to show up.”

And when current events have run their course, SSI has plans to reach out to Palestinian students and establish a dialogue.

“We’re not going to stop putting on events just because we have people who want to disrupt us,” Kaplan said. “That’s more of a reason to put on events, because we’re not about having a one sided story. We want to talk to Palestinians and invite them to have conversations with them.”

While the fever pitch of current events will eventually die down, Jewish students will continue to be aware of these issues. “Even last year when BDS wasn’t on the docket, it was very much in the mind of Jewish students in the wake of what happened in Pittsburgh, in the wake of the growing anti-Jewish violence in America,” Mirvis said.

A chance for dialogue

After the USG meeting, around two dozen students gathered in the front of the senate chamber to debate and discuss the situation in Israel and the Palestinian territories.

Neta Galili, an Israeli student and Chabad student leader, went straight to the front of the room at the end of the meeting to confront Cooper, the sponsor of the resolution. After an hour of debate, she felt relieved that the two sides had the opportunity to each share their point of view.

“That we are willing and able to talk now, it’s amazing,” Galili said.

Mirvis noted that compared to other college campuses, ASU has much more subdued rhetoric around the BDS movement and anti-Semitism.

“That’s not to say that we don’t have to always be very vigilant and always be trying to educate our students about how to perceive these things,” Mirvis said. “But I feel that at ASU, we’re not getting as extreme of a reaction to these things as other places right now.”

Morgan Fox, a Chabad student leader, said that the discussion afterwards was more important than the USG meeting itself. “I was able to talk with multiple people from the other side, multiple senators to really understand where they’re coming from. And I think that was very important,” Fox said.

Mirvis and Benkert say students are eager for dialogue and a nuanced perspective.

“There were many voices at the student government meeting who called for better understanding, for learning from each other rather than deepen these divisions,” Benkert said. “Those voices are loud and clear.” JN