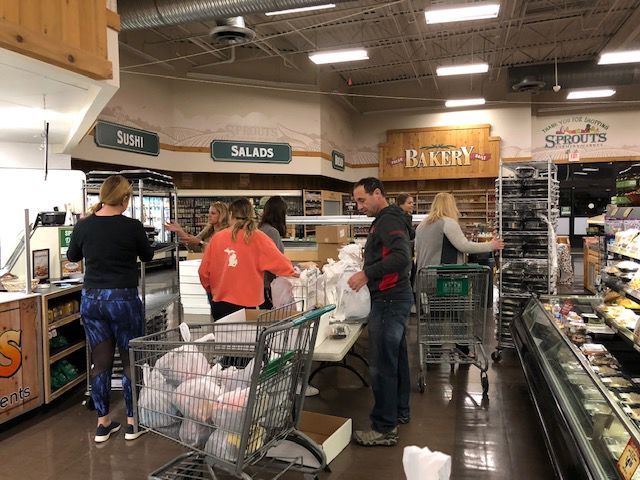 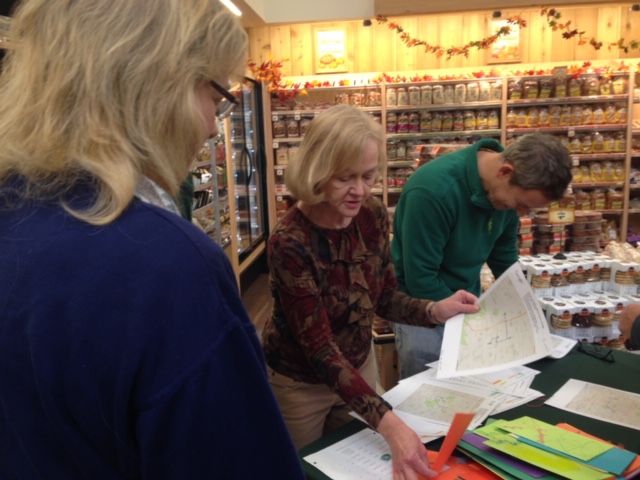 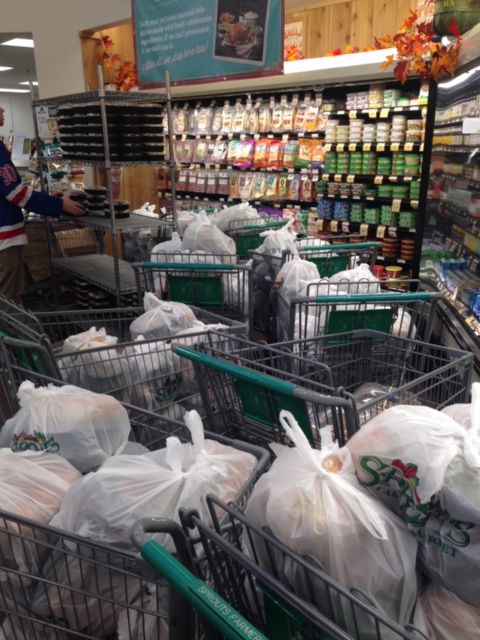 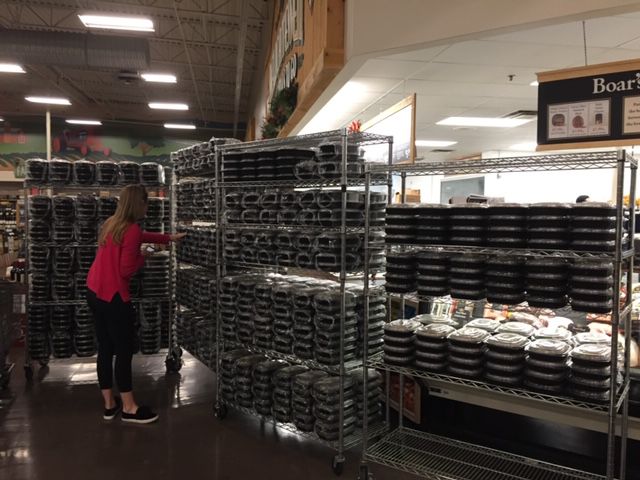 This Thanksgiving, 80 volunteers will gather in the parking lot of Sprouts Farmers Market at the corner of Tatum and Cactus at dawn. Organizers will distribute dozens of individual servings of turkey, gravy, potatoes, stuffing and pumpkin pie, students will hand out printed driving routes and families will spend the morning delivering carloads of Thanksgiving spirit to homebound adults across the Phoenix metropolitan area.

“On Thanksgiving, the majority of us want to make a pot of coffee, sit in our pajamas, watch the parade and smell the turkey cooking. These volunteers don’t do that,” said Sue Reckinger, director of volunteer services for nonprofit Duet: Partners In Health & Aging. “They go out and they’re delivering these meals to folks, which is so, so important. It’s the real meaning of Thanksgiving.”

The Thanksgiving Mitzvah Project has been a holiday tradition at Congregation Beth Israel for over 20 years. Every November, CBI partners with 15 community agencies like Duet to connect with homebound and elderly adults and deliver Thanksgiving meals.

This Thanksgiving, CBI volunteers will deliver a record 1225 meals to 530 homes. And for the first time, CBI will fund the project with a $10,000 grant from the Jewish Federation of Greater Phoenix, rather than relying on congregant donations.

“The Federation is recognizing the fact that this project supports the wider community and is multigenerational,” Chanen said.

The planning for the Thanksgiving Mitzvah Project begins months ahead of the actual meal delivery. Starting in September, Duet and other partner agencies begin calling clients to explain how the program works and to ask if they would like a meal delivered.

“Our volunteers love making these calls because people are thrilled when they find out they’re going to get that Thanksgiving meal again,” said Carol Houselog, executive secretary at Duet.

Duet volunteers reach out first to people who received a meal through the project the year before, and then to new clients with lower incomes.

“Often we’ll let them know that they can have more than one meal, if they have a next-door neighbor who they want to have join them,” Houselog said. “So for many of them it’s also a social connection, on a day when that’s one of the things that we’re being thankful for.”

For their part, the volunteers at Congregation Beth Israel are excited to take part.

The driver positions are first come, first serve, and many volunteers rush to sign up online. Others who miss the deadline will come to Sprouts anyway and ask if they can deliver meals.

“The driving of these routes is a coveted task that the congregants love to do,” Chanen said. “It’s very rewarding both for the meal recipient and the delivery people.”

The Thanksgiving Mitzvah Project has grown exponentially since it started. In its earliest days, congregants personally cooked and delivered Thanksgiving meals themselves. Former CBI President Gail Baer modernized the program around 1998, and by the time Chanen became the project chair in 2012, volunteers were delivering meals from Sprouts to 200 homes.

In Chanen’s first year as chair, her goal was to increase the number of deliveries and the number of volunteers who participated. That year, she found seven new community partners. It was the first and last time she needed to work for the program’s expansion. “Since then, I’ve done nothing to grow this project,” Chanen said. “It’s just grown by virtue of the needs of the community.”

That doesn’t mean Duet doesn’t have goals for the annual event. “I’m hoping that we can continue the grant from the Federation and maybe grow it, because clearly the trajectory is upwards in terms of the numbers and the needs of the community,” Chanen said.

This year, Chanen will be at Sprouts before 6 a.m. to help organize the meals and volunteers before delivering a few meals herself. In 15 years of volunteering for the project, she’s seen firsthand the difference that the delivery makes.

“A lot of people who I’ve personally delivered to look forward to the doorbell ring,” Chanen said. “They come to the door and they talk and they thank us profusely and they want to meet the whole crew.”

For the people who receive the meals, it’s not just about the food; it’s also a chance to connect with the person who makes the delivery or with a neighbor who comes over to share a meal.

“I just think it’s a wonderful way to bring community together,” Reckinger said. “We don’t want the folks we serve to be invisible, we want people to know they’re there and they need help.”

Houselog agreed. “It’s reminding them that they haven’t been forgotten.” JN