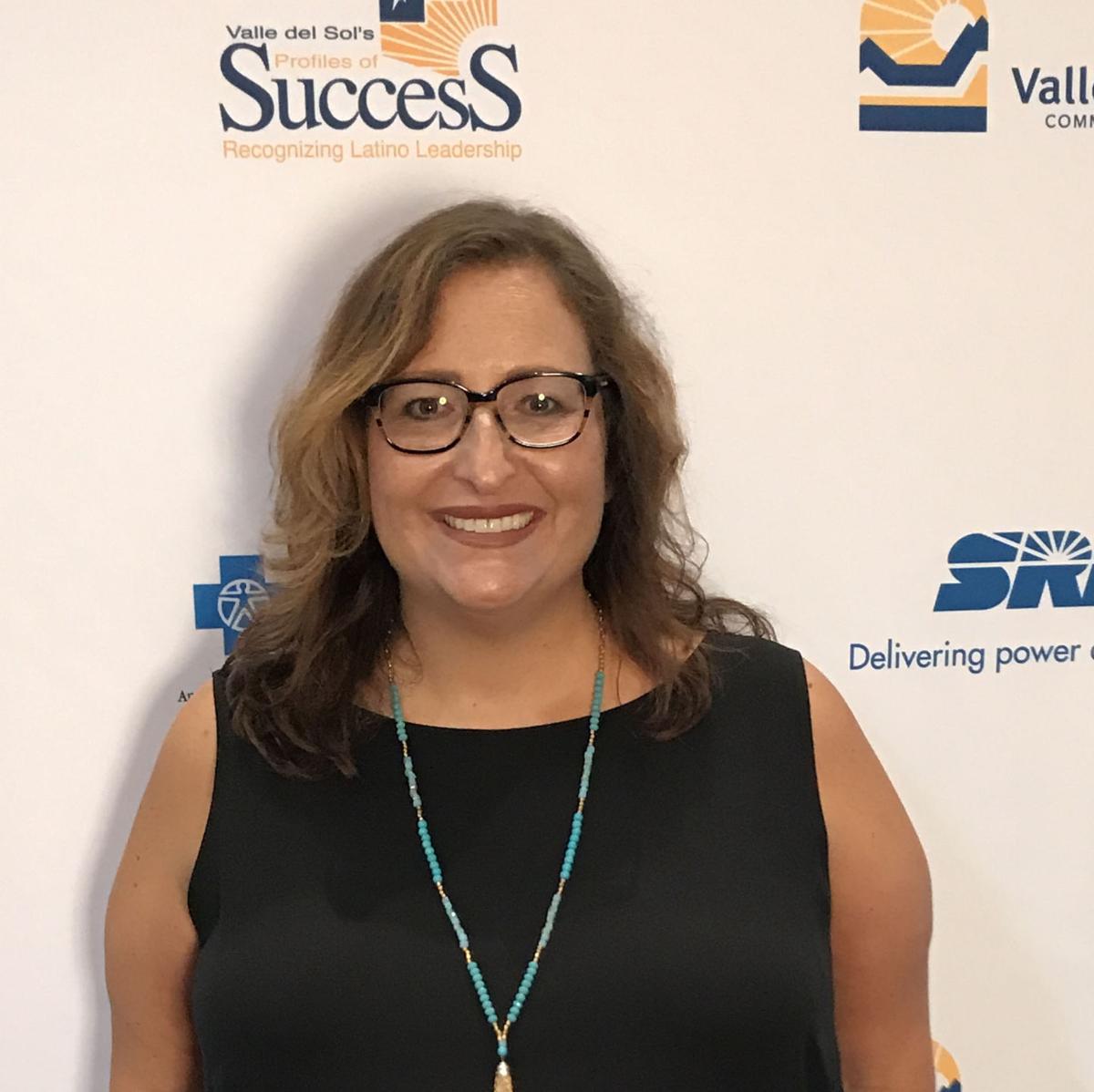 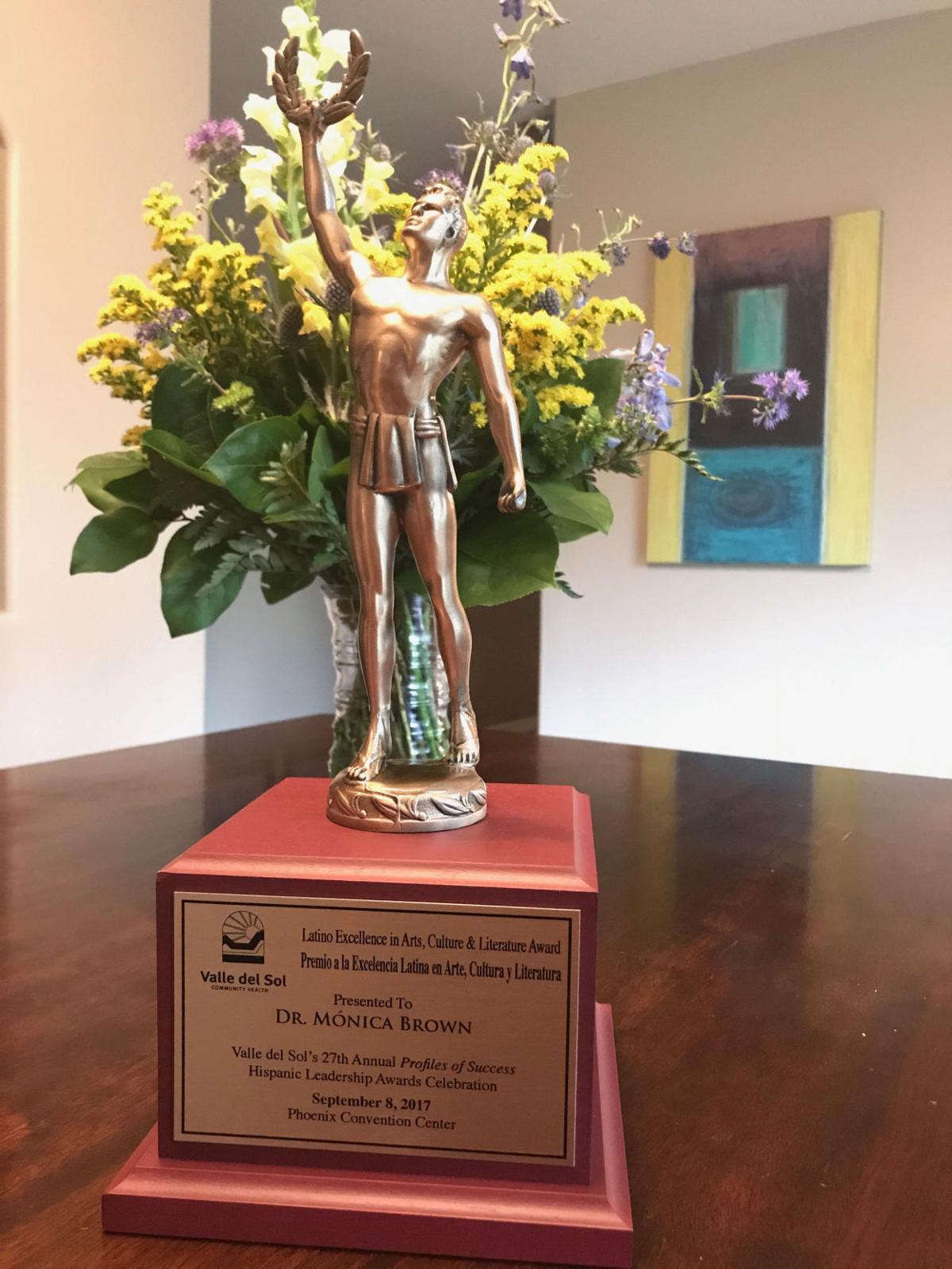 Past honorees of the award include actress Lynda Carter.

Past honorees of the award include actress Lynda Carter.

Like her character, Brown comes from a mixed ethnic and religious background.

“Both my parents are what people of limited thinking would call ‘half-Jewish,’” Brown said. Despite the fact that one of her grandparents died at Auschwitz, Brown said she’s experienced negative judgments about her mixed religious background, which is one of the reasons she wrote her Lola Levine series the way she did. She wanted Lola to be “whole, just the way she is.”

Her work paid off. Valle del Sol (VDS), a local health and human services nonprofit, announced Brown as an award-winner on Sept. 8, citing her commitment to advocating for a more inclusive and tolerant world.

One of VDS’ Profile of Success awards, the Latino Excellence in Arts, Culture & Literature Award is presented to individuals who excel in the arts and demonstrate a sustained contribution to Hispanic issues, giving personal time and making a significant impact on the communities they serve. Past honorees include actress Lynda Carter, well known for playing Wonder Woman in the 1970s television series, and musician Lalo Guerrero.

“Dr. Brown exemplifies what being an artist in the community means,” said Angela Flores, chief development officer for VDS. “She has used her voice and talent to make Latino culture and history accessible to children. Additionally, [Brown] has shared her extensive knowledge of Chicano culture as a professor at NAU [Northern Arizona University], ensuring that the history of the Latino community continues to pass down from generation to generation.”

Brown first learned of the nomination via email from Valle del Sol.

“I was really surprised and excited because I didn’t know I was nominated,” Brown said. “I was first contacted and told I was a finalist for the award and that I should be really honored because I was in good company.”

Brown is the author of more than 20 books, including those in the Lola Levine series, “Waiting for Biblioburro” and numerous children’s literary biographies, including books on Pablo Neruda, Gabriel García Márquez and Frida Kahlo. For adult readers, she wrote “Gang Nation: Delinquent Citizenship in Puerto Rican, Chicano and Chicana Narratives.”

Brown’s next book, “Marisol McDonald Doesn’t Match/Marisol McDonald no combina,” publishes on Sept. 27 and explores being bilingual and the difficulties of fitting in, Brown said. The sixth book in her Lola Levine series, “Lola Levine and the Halloween Scream,” was released in July.

“I try to inspire children of all backgrounds and make them more aware of the lives of others and the contributions of the people of the Americas,” Brown said. “I blend my complex background that is Latina and Jewish and European, so I think that has its own value for children that come from multicultural backgrounds that don’t see themselves very often in books.”

Brown said she is engaged in the community as an activist, concerned citizen and public intellectual. She also contributes radio essays to her local NPR affiliate.

“Just this week, I took part in two protests. One was against the recent rescinding of DACA [Deferred Action for Childhood Arrivals] and in support of the young Dreamers,” Brown said. “There were swastikas drawn in town on a local hookah bar a few weeks ago, so this weekend there was a small love-not-hate rally.”

The Anti-Defamation League’s Arizona Director Carlos Galindo-Elvira, who received the Raúl Yzaguirre Community Leadership Award at the Profiles of Success ceremony, said he thought Brown was an excellent and deserving choice.

“The recognition for Mónica Brown is an affirmation of her literary contributions that amplify social justice and culture,” he said. JN