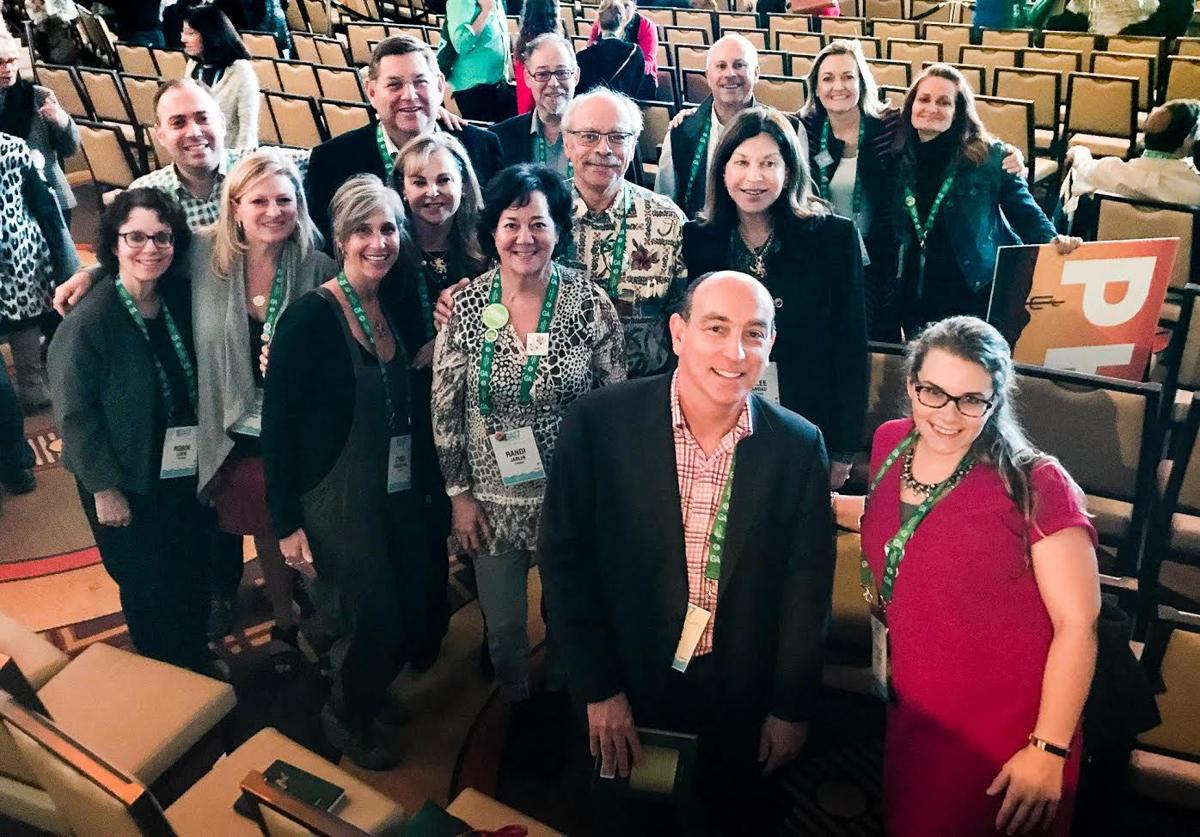 There were 24 delegates representing Phoenix at the Jewish Federations of North America (JFNA) General Assembly in Los Angeles — the largest Phoenix delegation ever to attend the event. 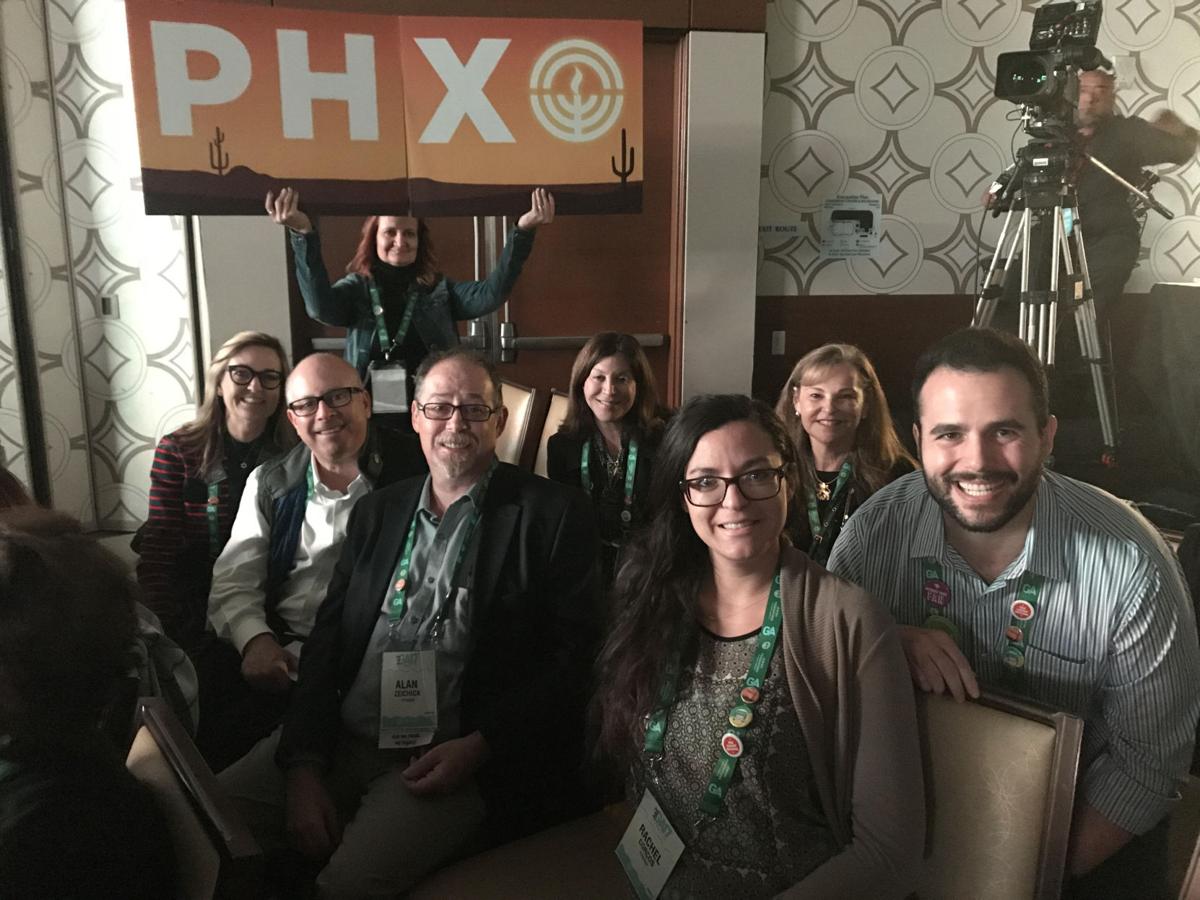 There were 24 delegates representing Phoenix at the Jewish Federations of North America (JFNA) General Assembly in Los Angeles — the largest Phoenix delegation ever to attend the event.

How can Jewish organizations engage millennials to participate in Jewish life? What can be done to strengthen the relationship between Israelis and Diaspora Jews? How can the diverse Jewish community be a welcoming space for every Jew?

These questions — and more — were the subject of three days of sessions and dialogue at the Jewish Federations of North America (JFNA) General Assembly, held Nov. 12-14 in Los Angeles.

Phoenix’s delegation, making it the largest Phoenix delegation ever to attend the General Assembly (GA), according to local federation records. The group included a mix of professionals, board members and volunteers from the Jewish Federation of Greater Phoenix, Birthright Israel, BBYO, Hillel, Moishe House, the Jewish Community Foundation of Greater Phoenix and the Valley of the Sun Jewish Community Center.

Many GA speakers talked about the importance of helping all Jews feel comfortable participating in the Jewish community, which resonated with Alison Feinberg, who served as the chair of recruitment for the Phoenix delegation.

“We need to find a place for everybody,” she said.

During a GA panel discussion titled “Imagining and Re-Imagining, Engaging and Re-Engaging: The Present and Future of Jewish Life,” Archie Gottesman, the co-founder of JewBelong.com, addressed this issue. Her website offers resources for disengaged Jews to help them avoid experiencing “Jewbarrasment,” what she calls the feeling of being exposed as ignorant about certain traditions or rituals.

As is the case with the GA every year, the list of speakers included business and religious leaders, journalists and political experts. Among the speakers this year was Israeli President Reuven Rivlin, whose keynote speech represented his first major speech outside Israel to the North American Jewish community. Other speakers included Los Angeles Mayor Eric Garcetti, the city’s first elected Jewish mayor; Sean Rad, the co-founder and chairman of Tinder, a popular dating app; and Natan Sharansky, chairman of the executive for the Jewish Agency for Israel. Israeli Prime Minister Benjamin Netanyahu spoke via satellite to the approximately 3,000 GA attendees.

Hearing from Rivlin and Netanyahu “reminds us of the important role we play as North American Jews in caring for the needy in Israel, as well as in 70 countries around the world,” said Marty Haberer, the Jewish Federation of Greater Phoenix’s executive director. “We also are essential to the dialogue that ensures that Israel continues to be the safe haven for each and every Jew anywhere in the world, regardless of their affiliations or orientations.”

Capitalizing on the event’s proximity to Hollywood, speakers also included Nina Tassler, former chairwoman of CBS Entertainment, and Marta Kauffman, a senior adviser and co-creator of “Friends” and “Grace and Frankie.” The event co-chairs were producer Marc Platt, whose credits include the films “La La Land” and “Into the Woods,” and his wife, Julie.

“I found the Hollywood piece entertaining,” Feinberg said, “but for me [the GA] was really a reminder that the federation movement is important.”

For instance, the opening plenary illustrated how JFNA assisted Houston’s Jewish community after Hurricane Harvey hit earlier this year by raising more than $5 million in aid. It also highlighted the 30th anniversary of the March on Washington for Soviet Jews.

“I remember going to a rally [for Soviet Jews] outside Beth El with BBYO,” said Feinberg, who was 14 at the time.

The commemoration of the march’s anniversary “was really emotional for me,” she said. “That was a reminder of the power of community.” JN

Leisah Woldoff is a freelance writer in Phoenix and was part of the local JFNA delegation.