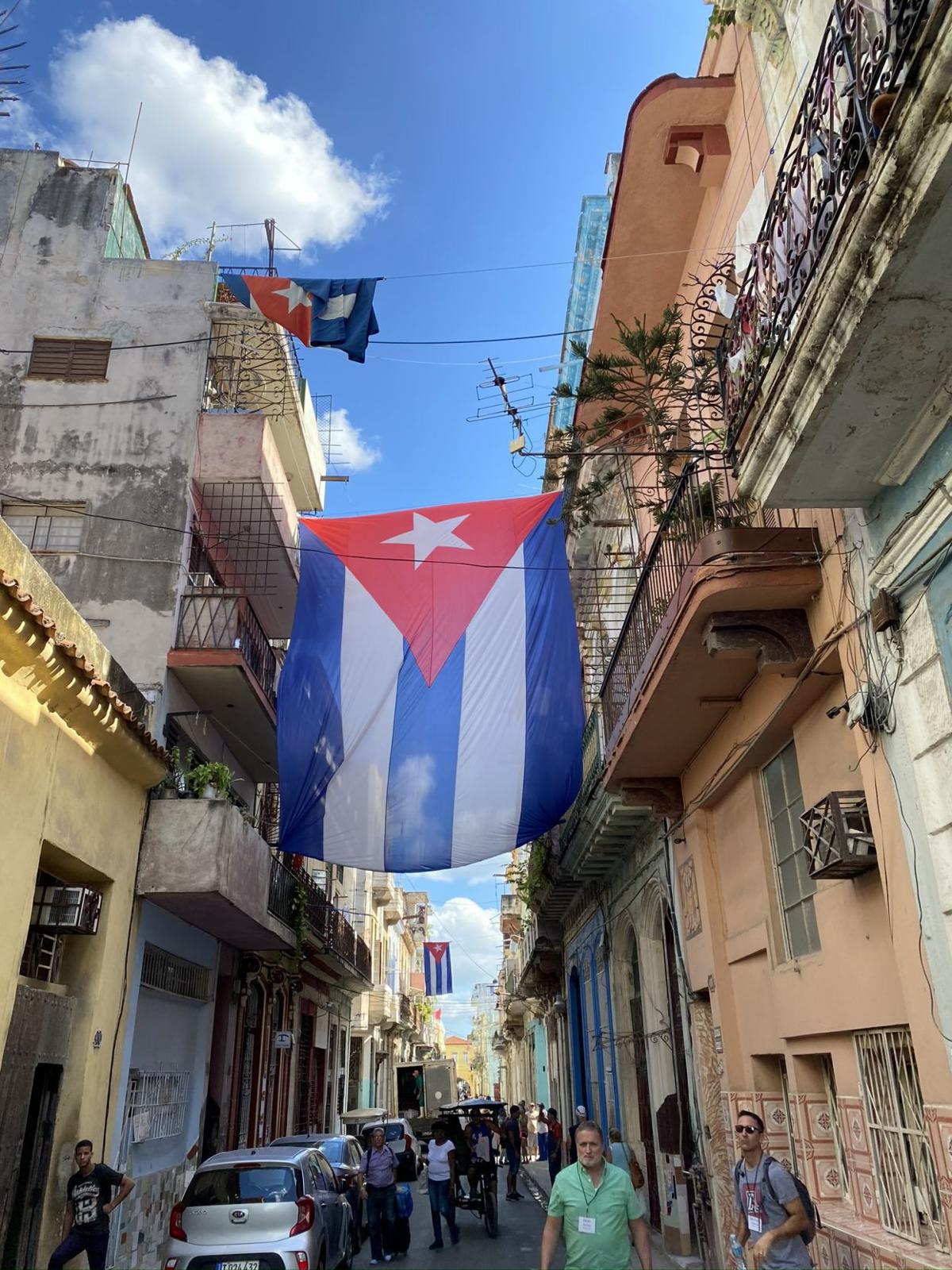 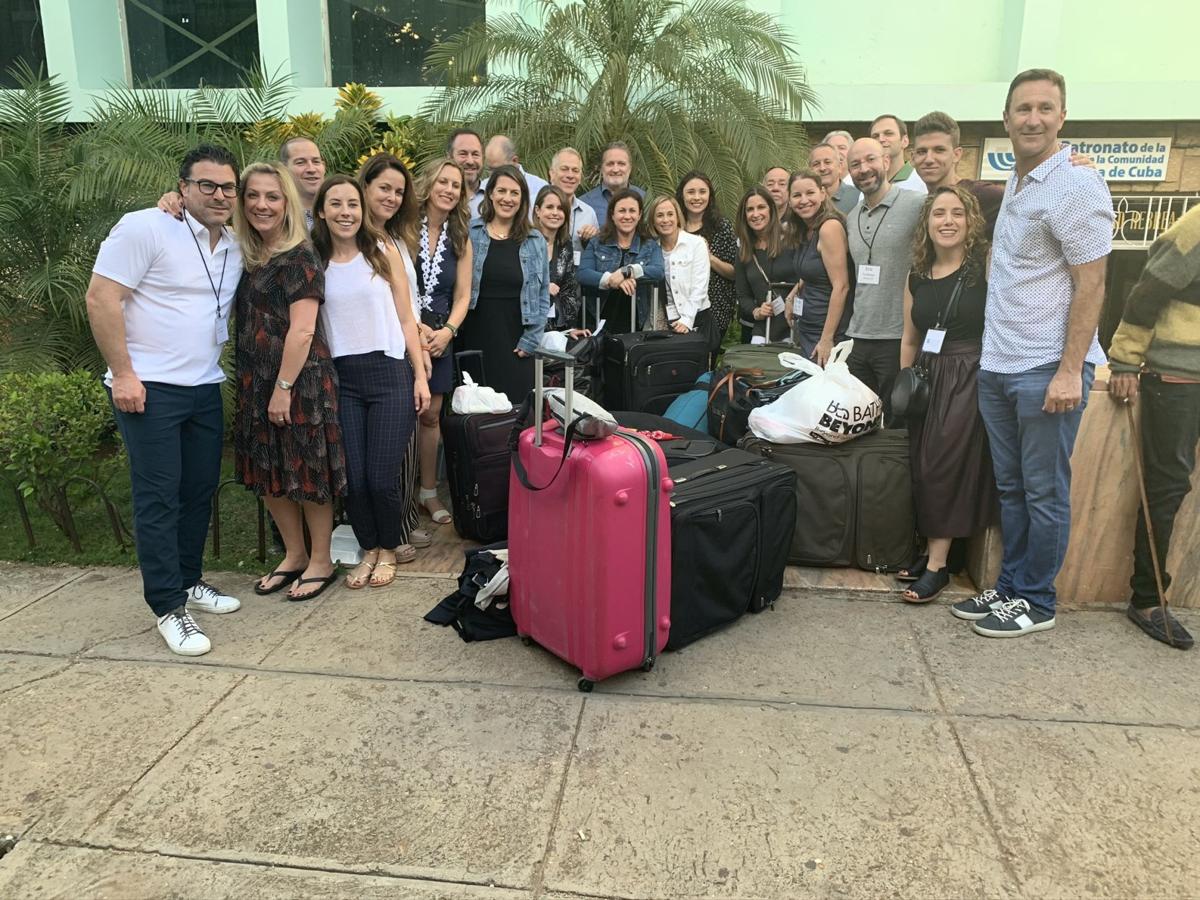 The Federation group outside El Patronato synagogue with suitcases full of donations for the community. 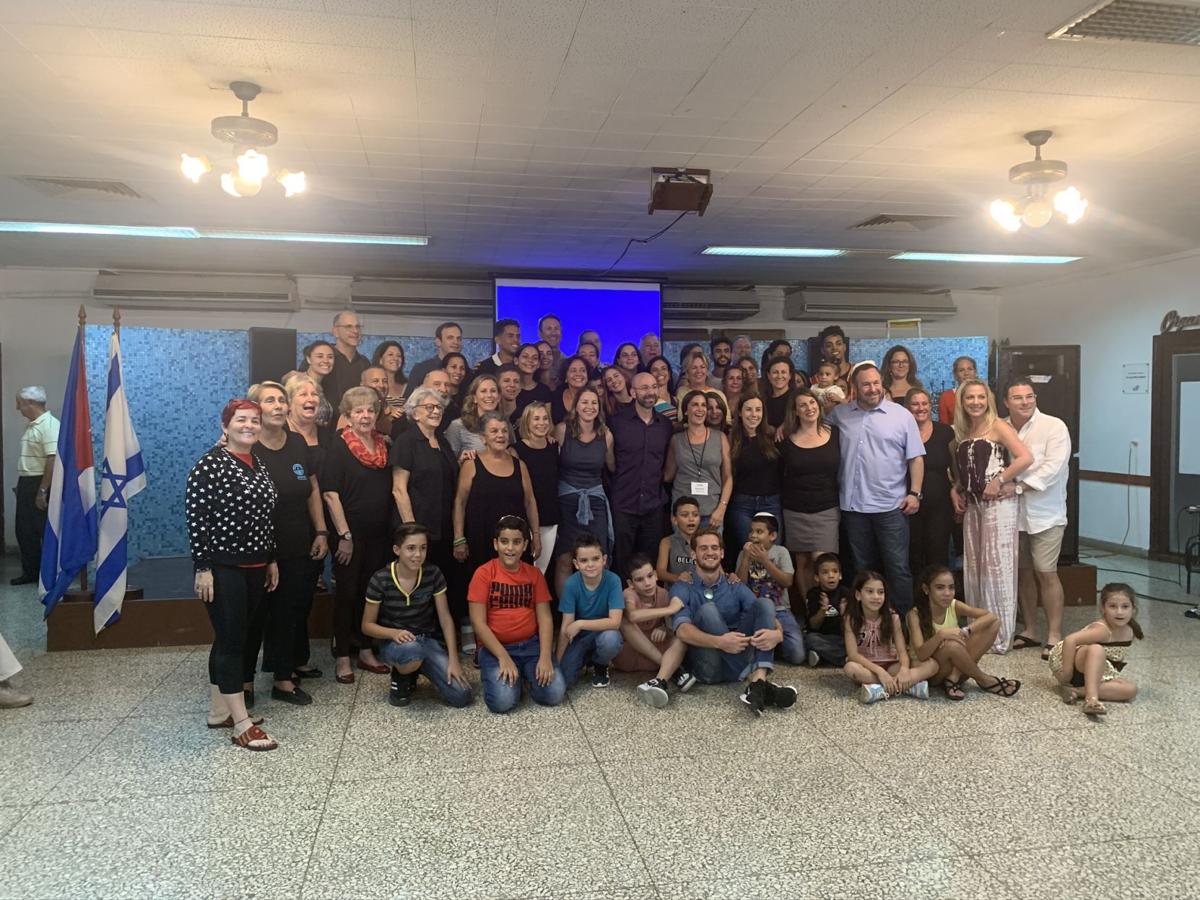 The Federation mission group poses for a picture in El Patronato synagogue with members of the local community.

The Federation group outside El Patronato synagogue with suitcases full of donations for the community.

The Federation mission group poses for a picture in El Patronato synagogue with members of the local community.

On Nov. 24, a Jewish Federation of Greater Phoenix mission trip returned from Havana, Cuba, where they met with leaders of three synagogues, visited a Holocaust memorial and delivered clothing, medicine and other supplies to the Havana Jewish community.

“We send these missions so that our community can see the work that we do overseas and understand Federation better and what we do, which is really that we’re a fundraising organization that takes care of Jewish people all over the world,” said Shoshana Greenberg, a development associate at the Federation who went on the mission.

The Federation organized the trip in conjunction with the American Jewish Joint Distribution Committee, a global Jewish humanitarian organization to which the Federation allocates money each year. The JDC has been sending rabbis and community organizers to Cuba — along with food, medicine, school supplies and other material goods — since 1992.

“I was very impressed,” said Gary Weiss, chairman of the board at the Valley of the Sun JCC and one of 21 Federation donors who went on the mission. “We’ve always supported Federation, but I was very impressed to see it firsthand. The work that the Federation and the JDC does is extremely important, and these communities would perish without it.”

Close to 94% of the Jewish population fled after the Cuban Revolution ended in 1959, and today there are only around 1,200 Jews in Havana.

“We just knew numbers before the trip, but now we were able to put all these faces with the stories that we were hearing,” Greenberg said. “They’ve kept their community strong even though it’s tiny.”

Rachel Hoffer organized the trip to Cuba. As a 2019-’20 co-chair of the Jewish Federations’ National Young Leadership Cabinet, Hoffer has gone on five study missions around the world, and she wanted to share that experience with others.

“I’ve always been touched very deeply to see the Federation’s work in these different communities where otherwise the landscape of the community and the life of the people that were affected would not be the same without our dollars,” Hoffer said.

The 21 donors visited three synagogues in Havana: El Patronato, Centro Sefaradi and Adath Israel. Members of the Havana community attend events and services at all three.

“It’s not siloed the way it is in America, where Jewish people are members of a congregation, and that’s where they go, that’s where they stay,” Greenberg said. “There, it’s such a small number of Jews that even though there are three synagogues, everybody goes to all of them.”

The mission group attended Shabbat services and Shabbat dinner at El Patronato, where young adults and teenagers from the community led services. Saturday evening, they performed Havdalah with the Jewish community and attended an Israeli dance performance.

“When we were at Friday night services, singing the prayers we sing here at Temple Chai, doing Havdalah like we do on Saturday, it just shows that we’re one big community,” Weiss said.

The group also delivered clothing, toys, 100 lbs. of medicine, a projector, a computer and a wheelchair to the community as part of the mission.

While the donations were appreciated, “the biggest thing that we were able to bring was the feeling of acceptance by other Jewish people in other parts of the world,” Greenberg said. “They’re very isolated in Havana, and they feel excluded from that global Jewish community.”

In addition to meeting the Cuban Jewish community, the visitors toured a cigar factory, tasted rum and visited museums and shops. They also visited the Cementerio de la Union Hebrea Chevet Ahim, a Sephardic cemetery where a Holocaust memorial was dedicated in March 1947.

The group also came back with a new understanding of the needs of the Cuban Jewish community.

“We came back as advocates for these people, for this community,” Greenberg said. “We want to just get the word out to as many people as possible that this community exists, they’re there, they need love. And they deserve it, they’re part of our people.” JN

Sorry, there are no recent results for popular articles.

Sorry, there are no recent results for popular images.