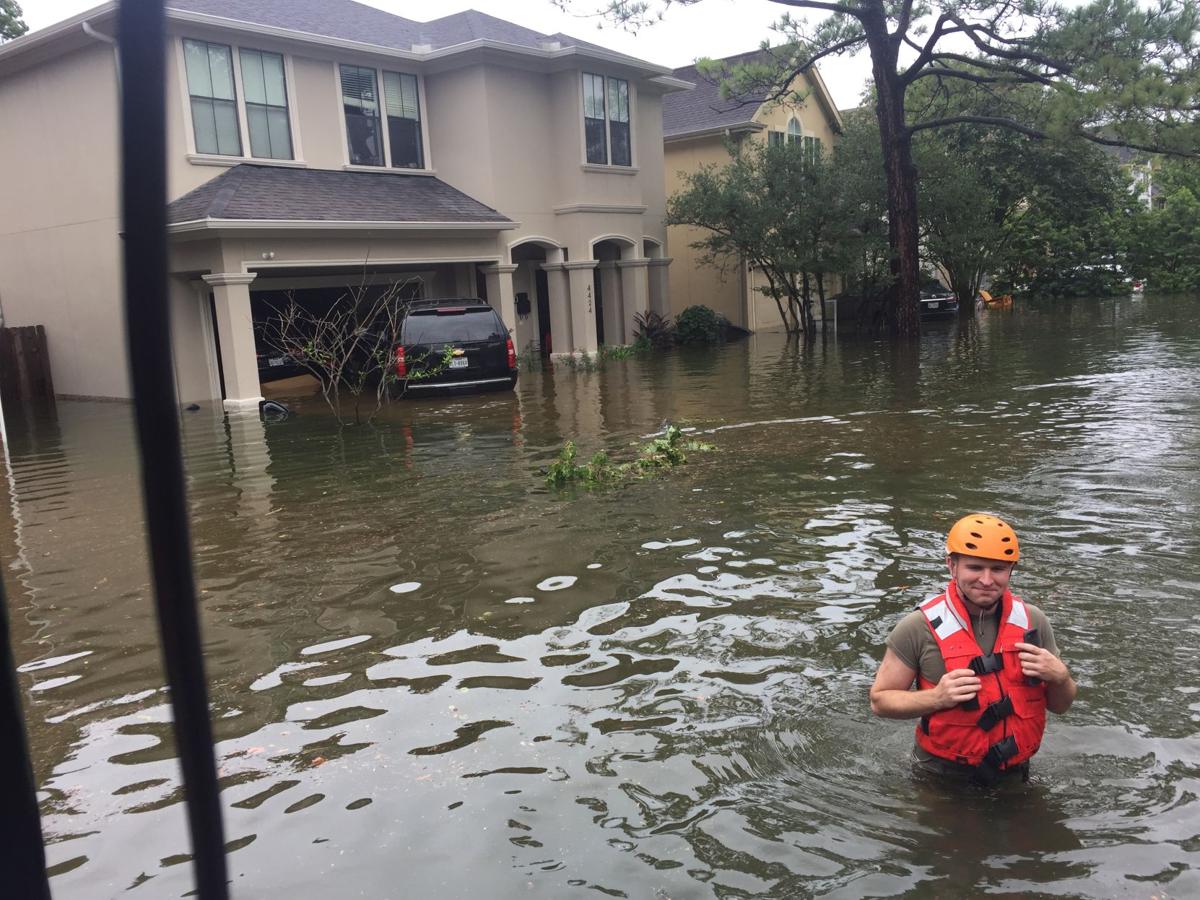 There was waist-high flooding outside of Julie Levine’s Houston home following Hurricane Harvey. Levine’s sister, Jen Schwarz, is a member of Congregation Or Tzion in Scottsdale. 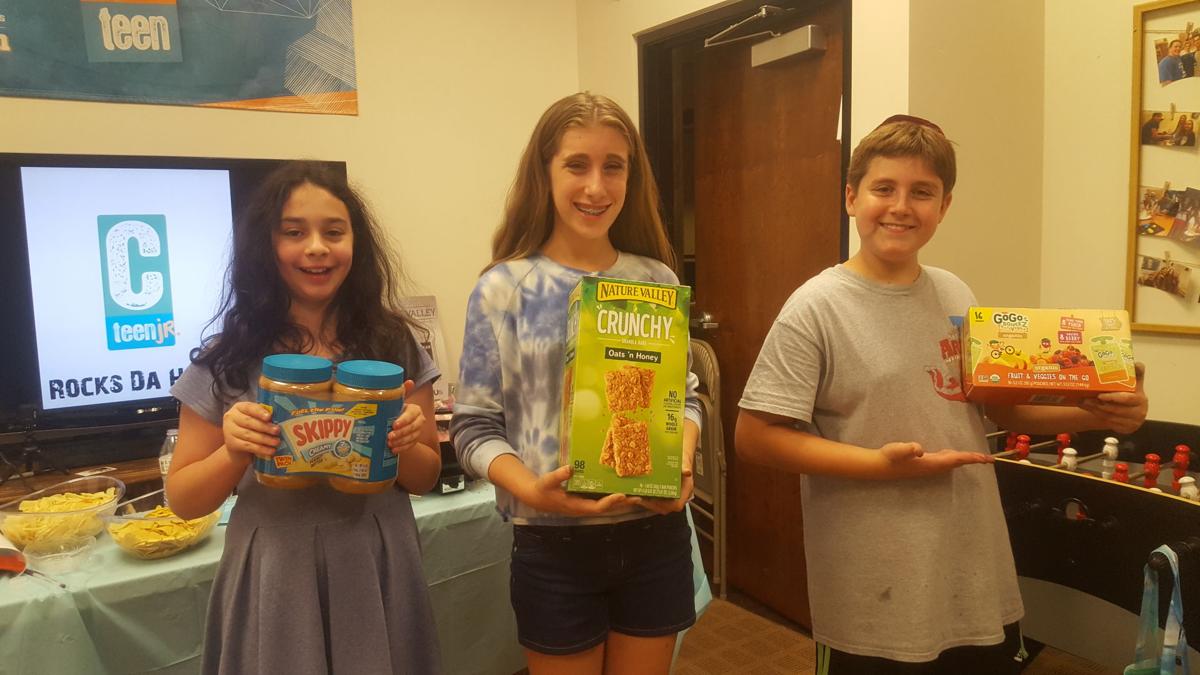 From left, Shaina, Ava and Nick of Chabad of the East Valley’s CTeen Club worked with fellow club members in September to arrange a hurricane relief drop box for non-perishable food, supplies and toiletries. 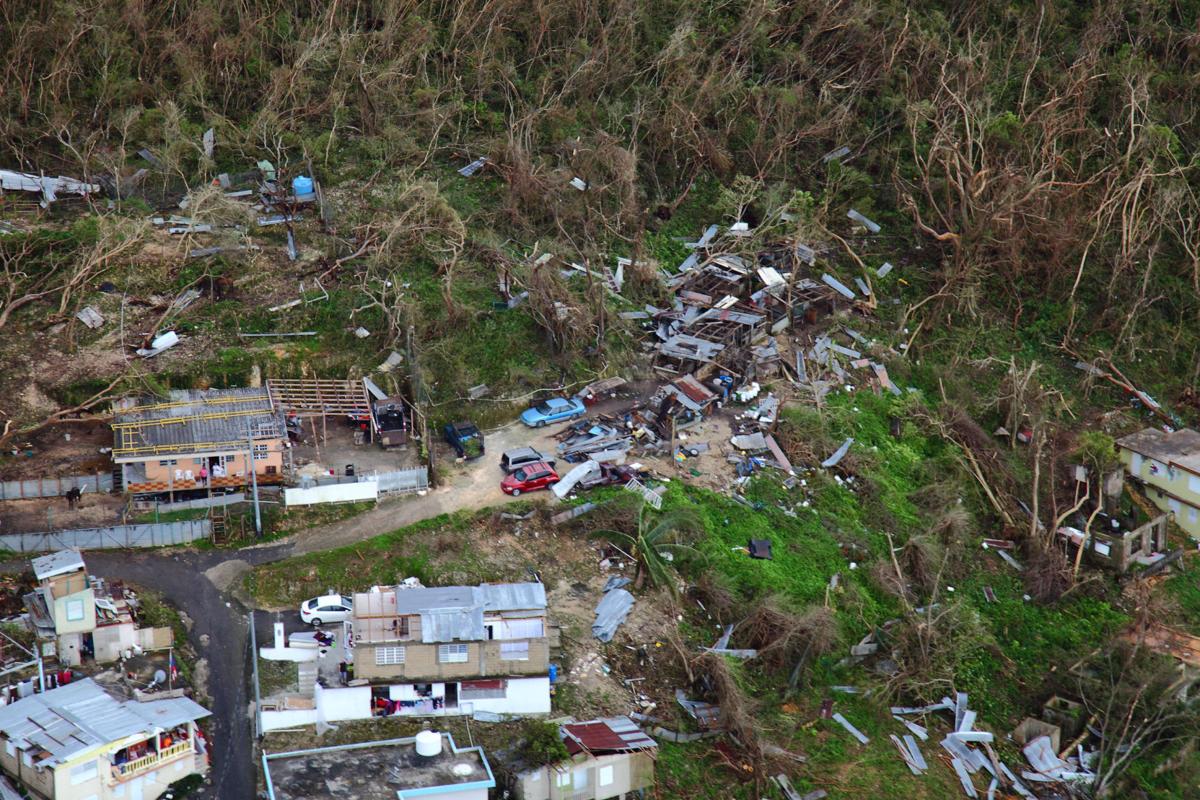 There was waist-high flooding outside of Julie Levine’s Houston home following Hurricane Harvey. Levine’s sister, Jen Schwarz, is a member of Congregation Or Tzion in Scottsdale.

From left, Shaina, Ava and Nick of Chabad of the East Valley’s CTeen Club worked with fellow club members in September to arrange a hurricane relief drop box for non-perishable food, supplies and toiletries.

With an autumn filled with deadly hurricanes, earthquakes and wildfires, the Jewish Federations of North America’s (JFNA) disaster relief campaign has gone into overdrive to provide help to Jewish and non-Jewish communities hit hard by nature’s fury.

JFNA depends on its member federations to contribute to the disaster relief fund and the Jewish Federation of Greater Phoenix has answered the call by raising $20,000. Now there is an opportunity to triple that amount.

The Jewish Community Foundation of Greater Phoenix (JCF) has announced it will provide a dollar-for-dollar match of up to $20,000 for any additional disaster relief funds raised by the Federation through Oct. 18.

Marty Haberer, executive director of the Jewish Federation of Greater Phoenix, said he hopes that the Foundation’s donation match will result in a total $60,000 contribution to the JFNA’s relief fund. Still, Haberer is proud of what the Valley’s Jewish community has donated so far.

“Obviously, it’s the donors and those who live in this community that have been so responsive and so caring,” he said. “It’s nice to live in a place where you know that people are interested in helping others even when the disaster isn’t in your own backyard.”

Richard Kasper, president and CEO of the Foundation, said the money for the $20,000 match JCF is offering the Federation comes from the organization’s grants fund.

“When the Foundation goes through its discretionary grants process, we typically will hold back a certain amount of money that we can use for emergencies and unforeseen opportunities that might come up in between grant cycles,” Kasper said.

When a series of deadly hurricanes swept through the Gulf Coast and the Caribbean, along with two massive earthquakes in Mexico, the JCF’s board of directors saw an opportunity to use those reserve funds to help JFNA’s disaster relief campaign. Kasper said it would have been easy to simply send a $20,000 check to the Federation, but the Foundation wanted to involve the Valley’s Jewish community in the fundraising effort.

“It was the Foundation’s grants committee that proposed that we present it as a matching opportunity,” Kasper said. “That’s a great idea, because it does all of a sudden make this real to the rest of our community.”

In addition, Jay Jacobs, CEO of the Valley of the Sun JCC, has pledged to promote the matching opportunity to its members.

Due to the quick succession of natural disasters that have taken place since August, Kasper said he is aware that donor fatigue could start setting in, “but this is an opportunity to actually triple what the Federation has had done and our hope is that it will act as an incentive for some people, either who haven’t given to the emergency campaign or might consider increasing what they’ve given, so that we can get to the point where we can grant the entire $20,000.”

Haberer said he has been touched by the donations the Federation has received for the JFNA disaster relief fund so far, and expects the local Jewish community will reach into their pockets again to help the organization match JCF’s $20,000 offer.

“There’s still that feeling of taking care of people, not just the Jewish community but also stepping up to help other communities, as well,” he said. “We just came off the Jewish New Year and the Day of Atonement and this is a time when one looks deeply inside to see who they are and tries to be better. And then of course we had these natural disasters recently and then right after that comes this terrible tragedy in Las Vegas, so you see the extremes of what the very worst looks like in humanity. Then you see people step up, spending money, caring and sometimes volunteering and going to try to help people they don’t even know in Texas, Florida, Puerto Rico and Mexico. It’s inspiring.”

Along with helping to inspire the community to give more to JFNA, Kasper said the matching challenge is a reminder that JCF and the Federation are working toward a common goal.

“Marty and I share a common attitude and that is that although we are running different organizations, each of our organizations is supporting the same Jewish community,” Kasper said. “We’re much more effective when we work in tandem and support one another than if we’re working either in opposition or in competition with one another.” JN