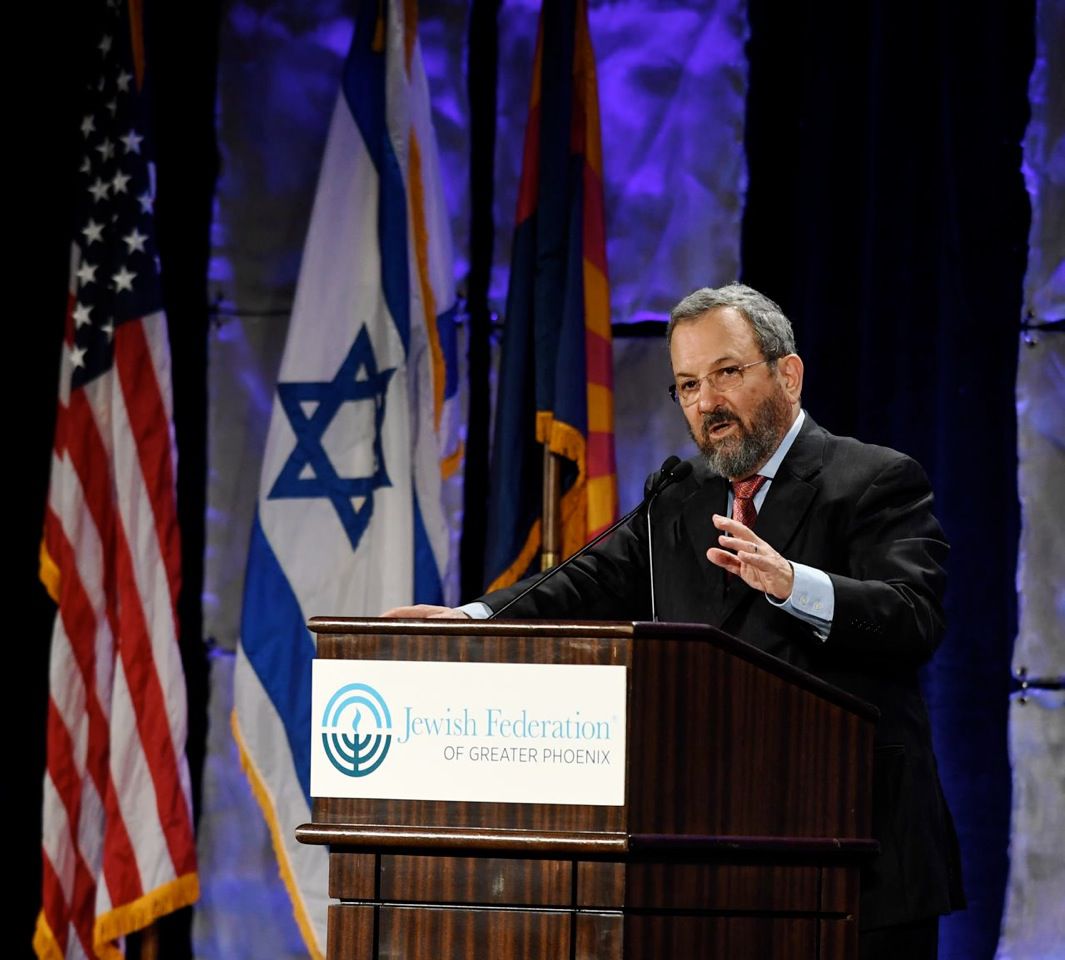 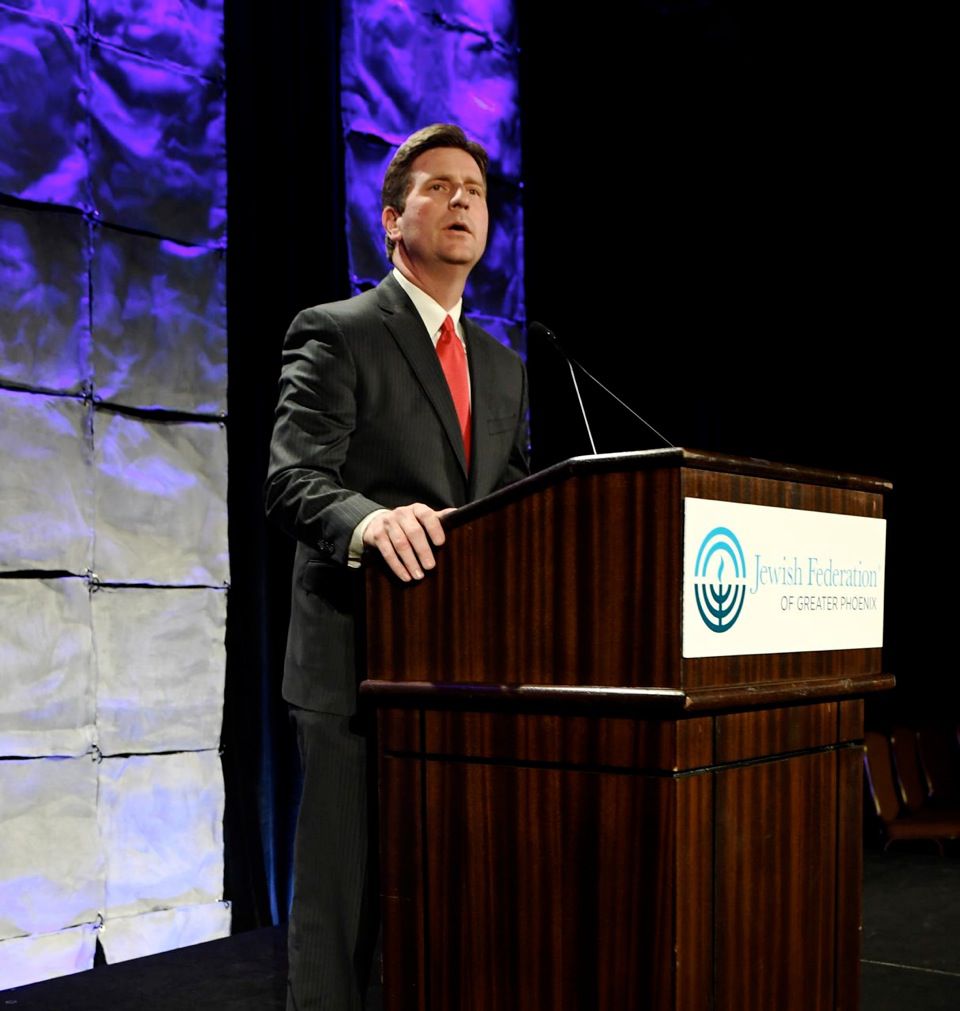 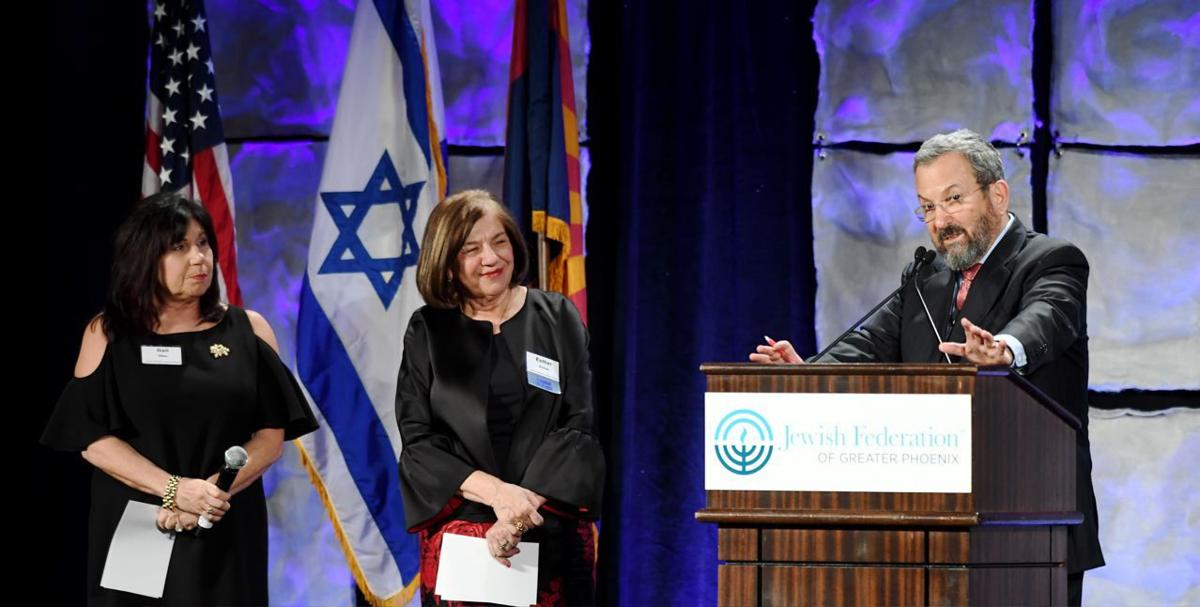 One of the best ways that American Jewish communities can support Israel is by having a strong, powerful, vibrant Jewish community, former Israeli Prime Minister Ehud Barak told the nearly 700 attendees at the Jewish Federation of Greater Phoenix's Mega Israel event on March 1.

A generation ago, Israel's biggest need was financial, Barak told those at the Scottsdale Princess resort, but now that Israel is economically in better shape, Jewish communities around the world have a commitment to take care of the elderly and vulnerable in their community and, most importantly, give the next generation the Jewish education and experiences they need to strengthen their Jewish identity, he said. He also encouraged communities to continue to send young people to spend time in Israel.

During his talk, Barak also spoke about Israel's growth and development, noting that when Jews returned to the region more than 100 years ago, 70 percent of the area was desert.

"Necessity is the mother of innovation," he noted, mentioning the country's work in agriculture, fighting forces and high-tech industries.

In the 70 years since Israel was established, there has been seven wars, three intifadas and an infinite number of operations in between, he said. Yet Israel's population has grown, the shekel is one of the strongest currencies in the world and the Jewish state has become a successful startup nation.

"Of course we face challenges as well," he said. "But we are historically winners."

Israel and the world face many challenges, he said, but "terror is the No. 1 challenge for the whole world. It is not just terror in general; it's radical Islamic terror."

Prior to serving as Israel's 10th prime minister from 1999 to 2001, Barak completed a 36-year career in the IDF. He was a key architect of the June 1976 Entebbe operation to rescue the passengers on the hijacked Air France aircraft forced to land at the Entebbe Airport in Uganda.

He said that he was sent on his first counterterror mission when he was 22 years old.

"If someone had told me then that 50-plus years later, terror would still be a major challenge, not just in the Middle East but globally and on American soil, I would not have believed it," he said. "But that's reality and you have to face it. Fighting terror has never been a simple endeavor."

He also expressed his views on the Iran deal — it is "a bad deal, but it's a done deal" and he thinks Israel should continue to meet with President Donald Trump's administration to work together on what to do next.

He also said that this generation's most demanding mission is a solution with the country's relationship with the Palestinians.

"The most threatening cloud on the horizon of the future identity of Israel is the possibility of finding ourselves drifting toward a one-state situation," he said.

The main internal debate in Israel right now is about the country's next step with the Palestinians and others in the region, he said, and that under the right leadership, Israel can win over terror and Iran and move forward with Palestinians in the region "and we can pass to our children a better Israel, a better region and hopefully a better world."

Before his talk, Barak also held a roundtable discussion and shared a pre-event dinner with major donors.

Phoenix Mayor Greg Stanton also spoke at the event, sharing what Israel has meant to him personally and talking about the city's partnership with Israel, including the Sister City relationship with Ramat-Gan, Israel. He said the "partnership between Israel and our community will continue to grow even stronger."

Federation board chairs David Weiner and Mark Feldman also spoke, as did Rudy Troisi, who is the 2017 campaign chair with Julee Landau Shahon.

Troisi noted some of the increased funding Federation would like to do if it receives more campaign dollars. These include Birthright trips, camp scholarships and more rides for more seniors through its senior transportation program.

The three impact areas for the Federation's 2017 campaign are enriching senior lives, engaging the next generation, and Israel and Jewish communities worldwide.

"It's up to you and me to ensure that future generations will have a Jewish community no matter where they live," Troisi said.

To learn more about the Federation's annual campaign, visit jewishphoenix.org.