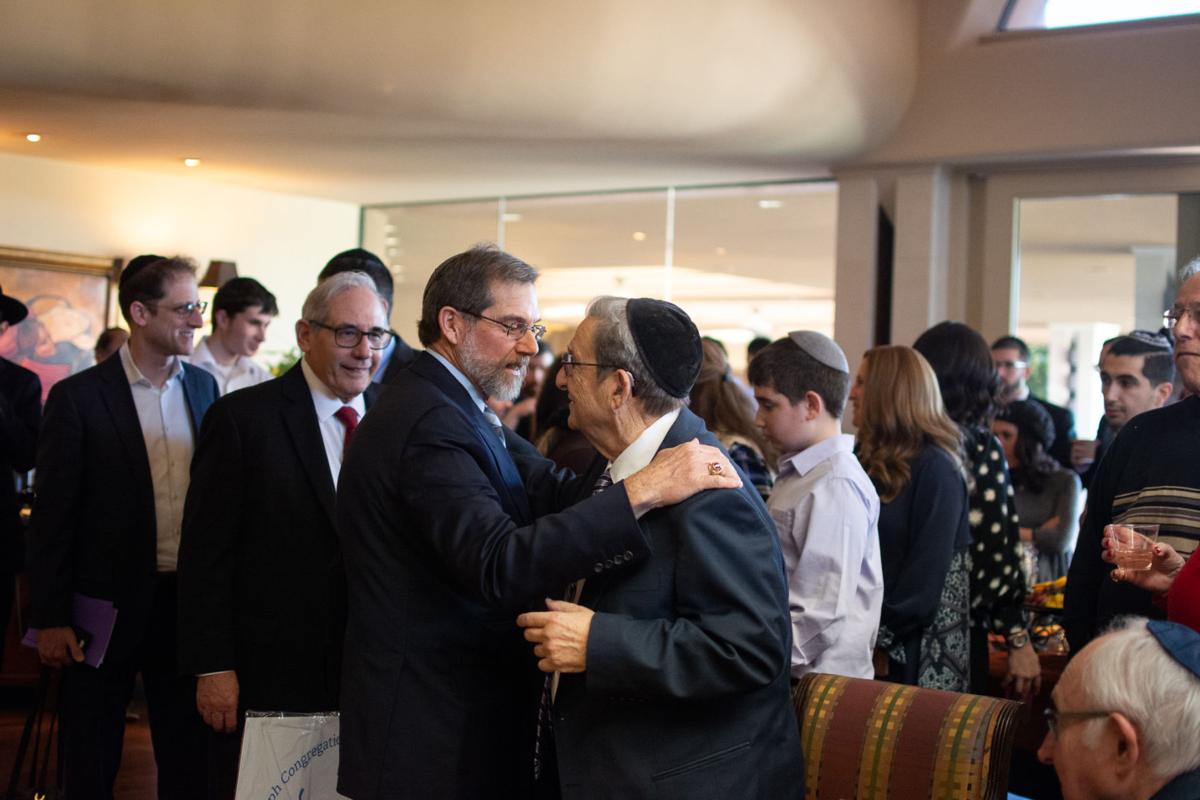 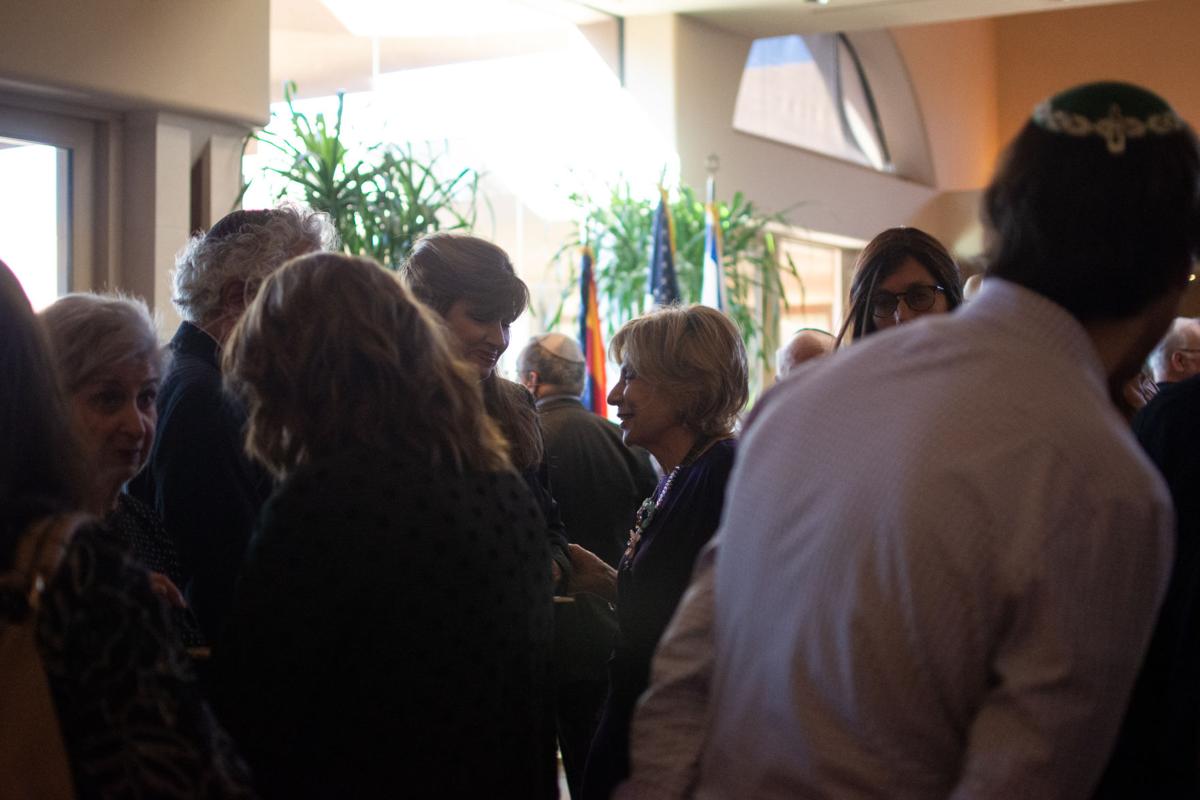 Odette Rebibo greets guests at the open house on Jan. 19. 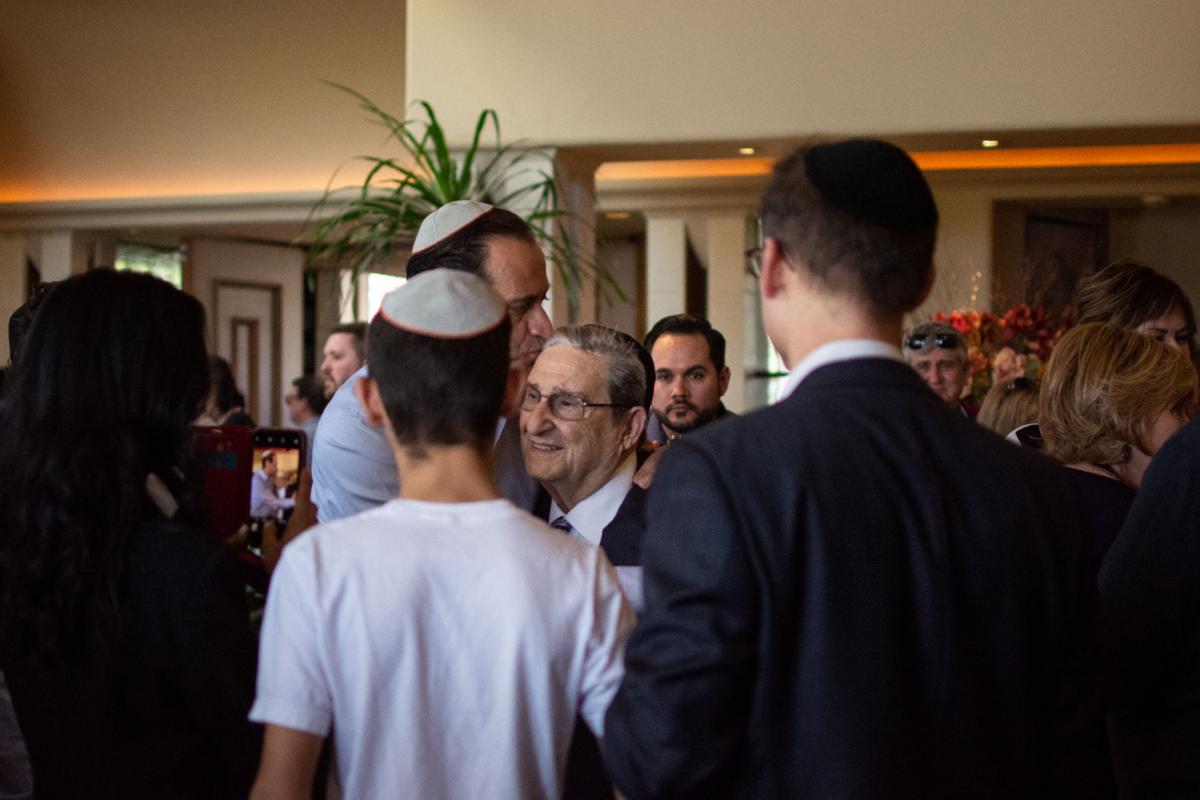 Rabbi Rebibo (center) is surrounded by a crowd of well wishers. 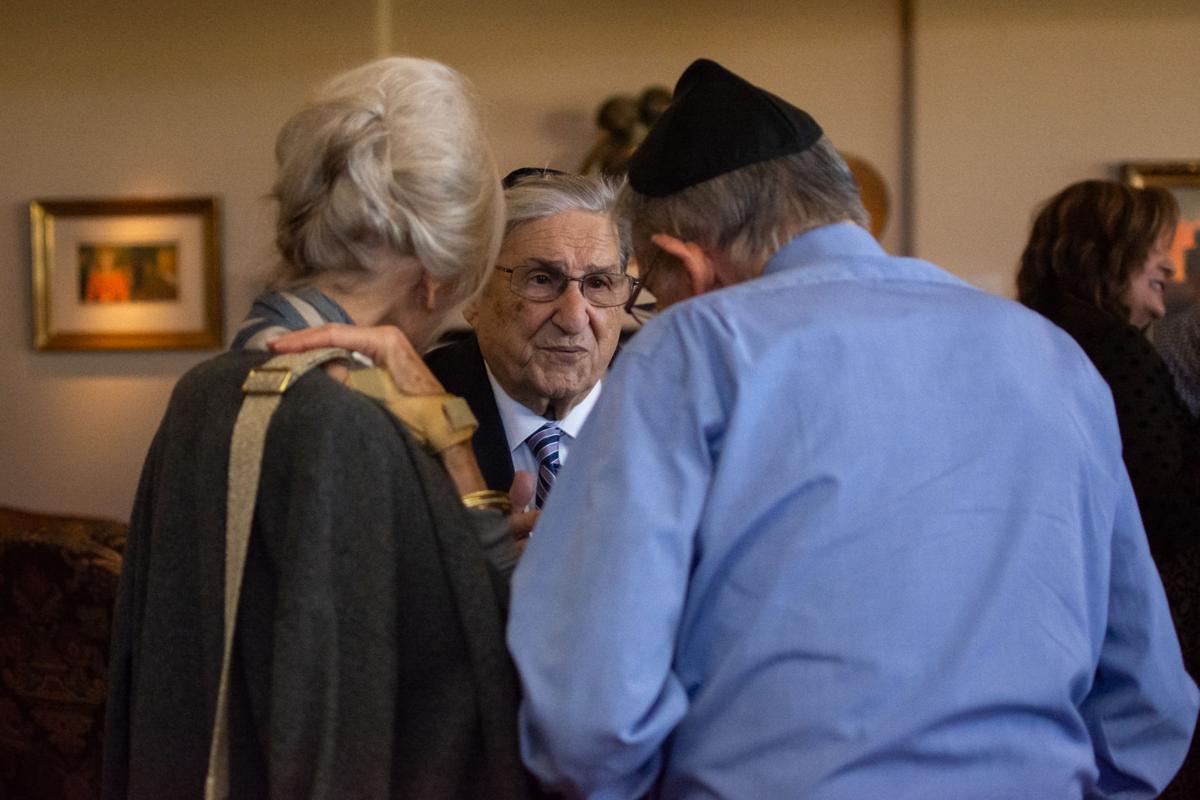 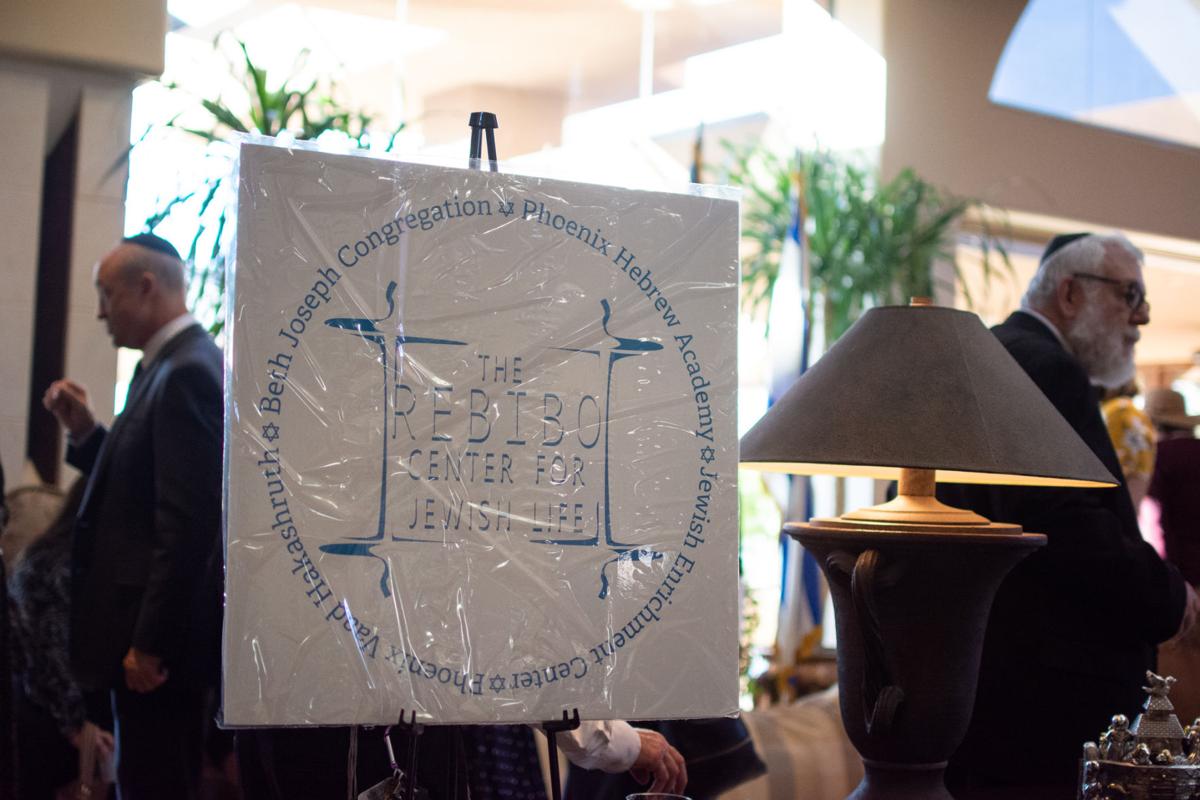 Odette Rebibo greets guests at the open house on Jan. 19.

Rabbi Rebibo (center) is surrounded by a crowd of well wishers.

On Sunday, Jan. 19, congregation members, rabbis, teachers, parents and former students crowded into the spacious home of Sheila Schwartz to thank Rabbi David and Odette Rebibo for their decades of service.

“It’s a nice day, there’s a lot of people here, what more could we ask for?” said Rabbi Harris Cooperman, head of school for the Phoenix Hebrew Academy.

The Rebibos arrived in Phoenix in 1965, when there was very little observant Jewish life in Phoenix. The institutions that Rebibo founded, the Phoenix Hebrew Academy, Greater Phoenix Vaad HaKashruth and Beth Joseph Congregation, transformed the community and are still vital today.

PHA and Beth Joseph organized the open house on Sunday to honor the Rebibos for their leadership and their contributions to the community.

Throughout the afternoon, guests gathered around the Rebibos in the center of the living room, taking photos and sharing memories, hugs and kisses and well wishes for their retirement.

At 2 p.m., Irwin Sheinbein, the president of the Phoenix Hebrew Academy and Beth Joseph Congregation board of directors, quieted the room to make an announcement.

“There’s something special in one’s name,” Sheinbein said. “It was obvious to the board that we wanted to honor Odette and the rabbi, and we’re doing this with a name.”

Going forward, the campus that houses the Phoenix Hebrew Academy, Beth Joseph Congregation and the Greater Phoenix Vaad HaKashruth will be known as The Rebibo Center for Jewish Life.

“For me and Sandra and our family, we’ve been involved, as many have been, ever since the rabbi and Odette came to Phoenix,” Sheinbein said. “This is a very, very special way that we want to honor and express our love and gratitude to both of you.”

Throughout the afternoon, a commemorative video played on a loop in one corner of the living room. The video alternated between a slideshow of photos and news clippings set to upbeat music, and videos of community members with good wishes for the rabbi and rebbetzin.

“Rabbi, I’ll try my best to carry on your legacy,” said Rabbi Yisroel Isaacs of Beth Joseph Congregation in one clip.

One attendee, Julia Rosengard, said she’s been amazed by the richness of Jewish life since she moved to Phoenix. Her husband grew up at Beth Joseph, her father-in-law walked to synagogue with the rabbi every Saturday and last year, and Rabbi Rebibo officiated at her wedding.

“Phoenix is constantly growing, people here identify with Judaism,” Rosengard said. “He must have had some sort of vision. He was able to see the greater needs of the community at large.”

Guests also crowded around a table stocked with neon pink, yellow, orange and green notecards, writing messages to the rabbi and Odette. Those messages, along with a commemorative journal and the video slideshow, will go with the Rebibos to Israel.

“These are mementos that they’ll be able to take with them to Israel and be able to look at from time to time, and recognize the people that have been very special to them and they’ve been special to over the years,” Sheinbein said. JN