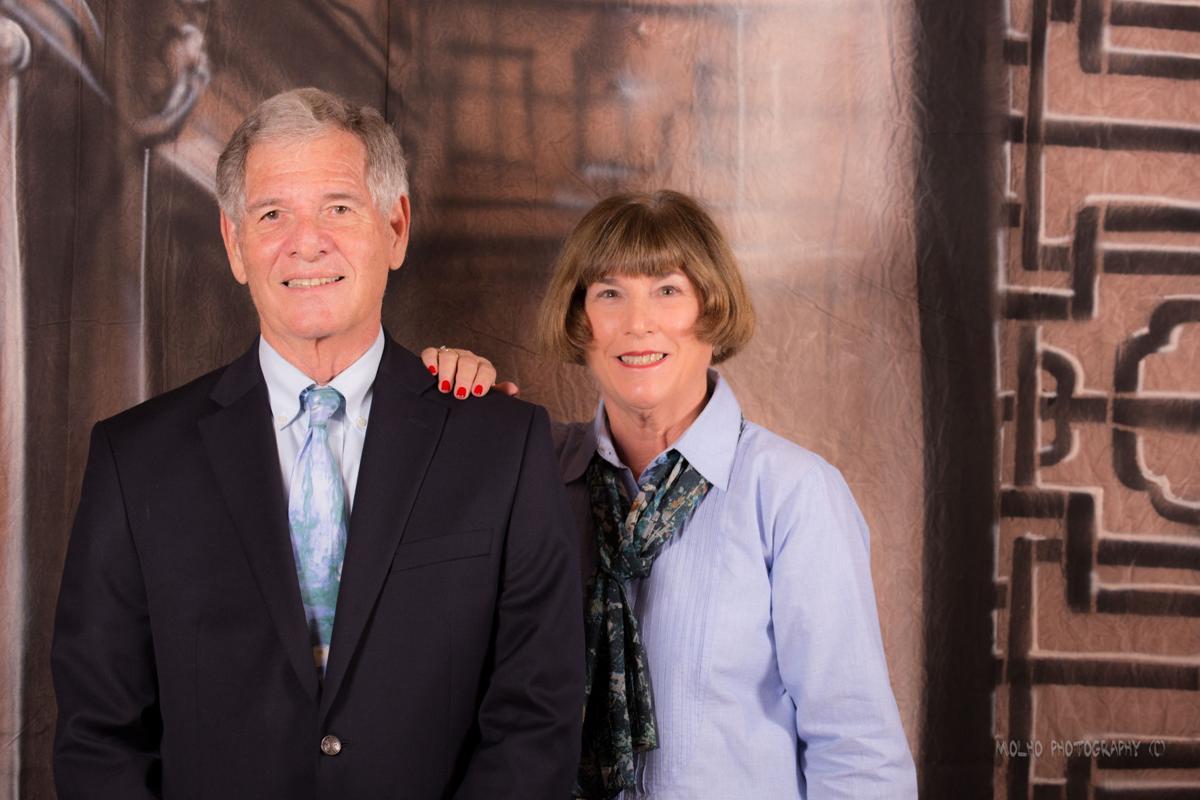 Mark and Susan Sendrow will be honored for their longtime support and philanthropic work. 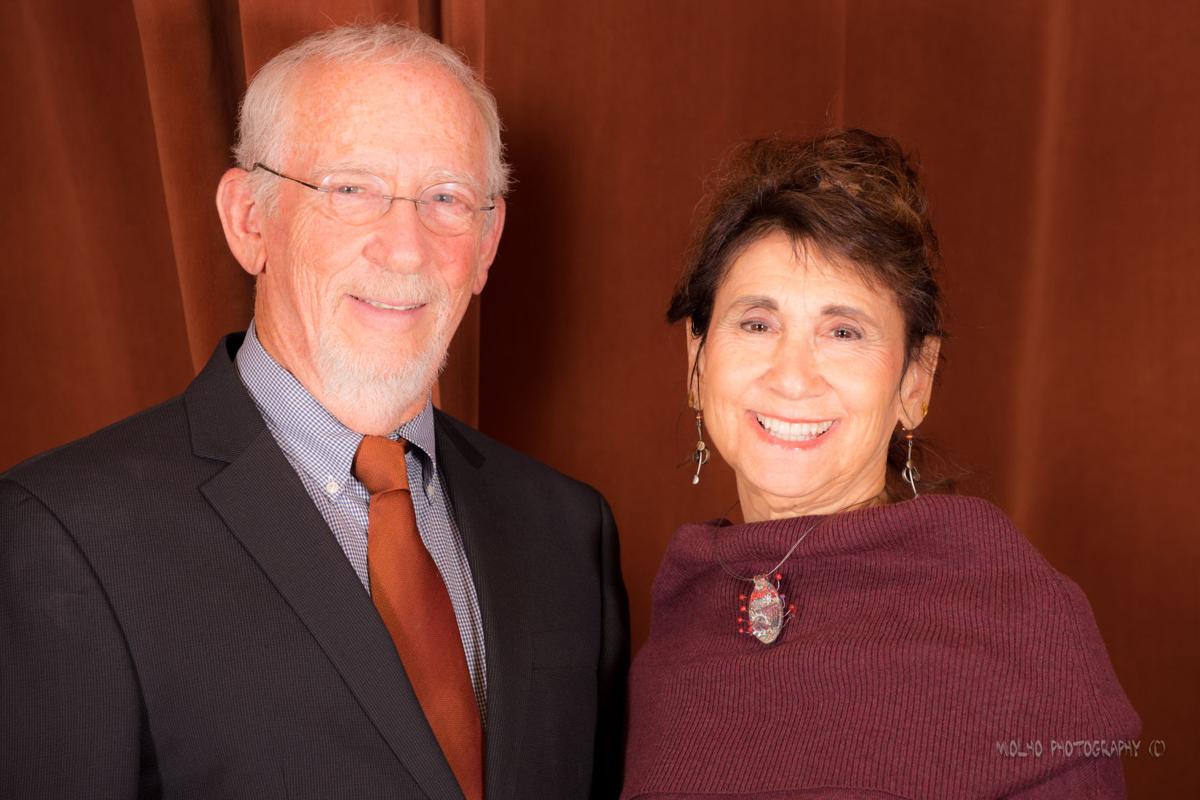 Stu and Nancy Siefer will be honored during the Arizona Jewish Historical Society’s 2017 Heritage Award gala.

Mark and Susan Sendrow will be honored for their longtime support and philanthropic work.

Stu and Nancy Siefer will be honored during the Arizona Jewish Historical Society’s 2017 Heritage Award gala.

The Arizona Jewish Historical Society (AZJHS) will hold its 2017 Heritage Award gala on Dec. 2 to honor longtime supporters and Valley philanthropists Susan and Mark Sendrow and Nancy and Stu Siefer.

“We nominated these folks because they’ve been so important to our organization and also to the community,” said Larry Bell, AZJHS executive director. “Stu Siefer and Mark Sendrow are both past presidents of the society, and both couples have been very generous and philanthropic with the society.”

The Heritage Award event started in 2010 in conjunction with the reopening of AZJHS’ current location in downtown Phoenix, the Cutler-Plotkin Jewish Heritage Center, built in 1921. The center was Arizona’s first synagogue, which originally housed Congregation Beth Israel.

The first Heritage Award honoree was Jerry Lewkowitz, a Phoenix native and another former AZJHS president. Lewkowitz actually had his bar mitzvah at Cutler-Plotkin when it was still home to Congregation Beth Israel. Other past awardees include Jerry Colangelo, the only non-Jewish honoree so far; and Derrick Hall, president and CEO of the Arizona Diamondbacks, who was honored last year.

This year’s gala will feature a musical performance by We3, a local acoustic band comprised of pianist Nicole Pesce, violinist Suzanne Lansford and vocalist Renee Grant Patrick. There will also be a dinner and silent auction.

“We really try to avoid rubber-chicken dinners,” Bell said. “We all have to go to these fundraising dinners, nobody really likes them, so we try to say, ‘OK, let’s try to make this fun.’ For a program, we almost never have a speaker. The programs are always entertainment-based.”

Susan and Mark Sendrow are both retired attorneys. Susan is originally from Maryland, and Mark came from New Jersey. They relocated to the Valley in 1978. Susan is a past president of Congregation Beth Israel, and has also served as the chair of the CBI Camp Daisy and Harry Stein committee. She has volunteered for Jewish Family & Children’s Service and for AZJHS.

Mark is a former board member of Congregation Beth Israel, a past president of the CBI Brotherhood and volunteers as a docent at the Phoenix

“His role has been to work closely with me to develop the dynamic kinds of programs that we have,” Bell said. “Our film series, our musical programs, our group discussions and all the exhibits — it’s all been a collaboration with Mark and myself.

“Both Mark and Susan have been instrumental to the organization,”

Nancy and Stu Siefer, originally hailing from Detroit, moved to Tempe in 1970 after completing a tour with the Peace Corps in Honduras.

A retired English professor who taught at Arizona State University and the Maricopa Community Colleges, Nancy volunteered for the Jewish Organization of Tempe, the precursor to the East Valley JCC; the Maricopa County Sheriff’s Office, where she taught English to juvenile inmates in the now-defunct Madison Street Jail; the Brandeis National Committee Phoenix Chapter; Sun Sounds of Arizona; Literacy Volunteers of Maricopa County; and at AZJHS, where she helped record, transcribe and catalog oral histories.

Stu is an architect who often lends his professional expertise to community projects. He was chair of the AZJHS building committee during the renovation of Cutler-Plotkin and designed the current Hillel ASU building in Tempe. He also helped design The Nash in downtown Phoenix, a jazz music venue run by a nonprofit of the same name. Stu is also a former president of the Tempe Chamber of Commerce.

“This place would not be here without him,” said Bell about the pivotal role Stu played in the renovation.

Stu also served as a volunteer project manager for the renovation. He recalled some of the exciting moments during the restoration, such as uncovering of the original wood floors and the discovery of the outlines of the building’s original ark, which were used as a guide when constructing the current one in Cutler-Plotkin.

Stu recalled one amusing anecdote from the renovation — an ongoing struggle with a group of feral cats.

“We discovered there was a family of cats that was living in the crawl space and we did our best to work around them,” Stu said. “We tried to seal off the crawl space, and no matter what we did, they found a way to get back in. They might still be there today.” JN