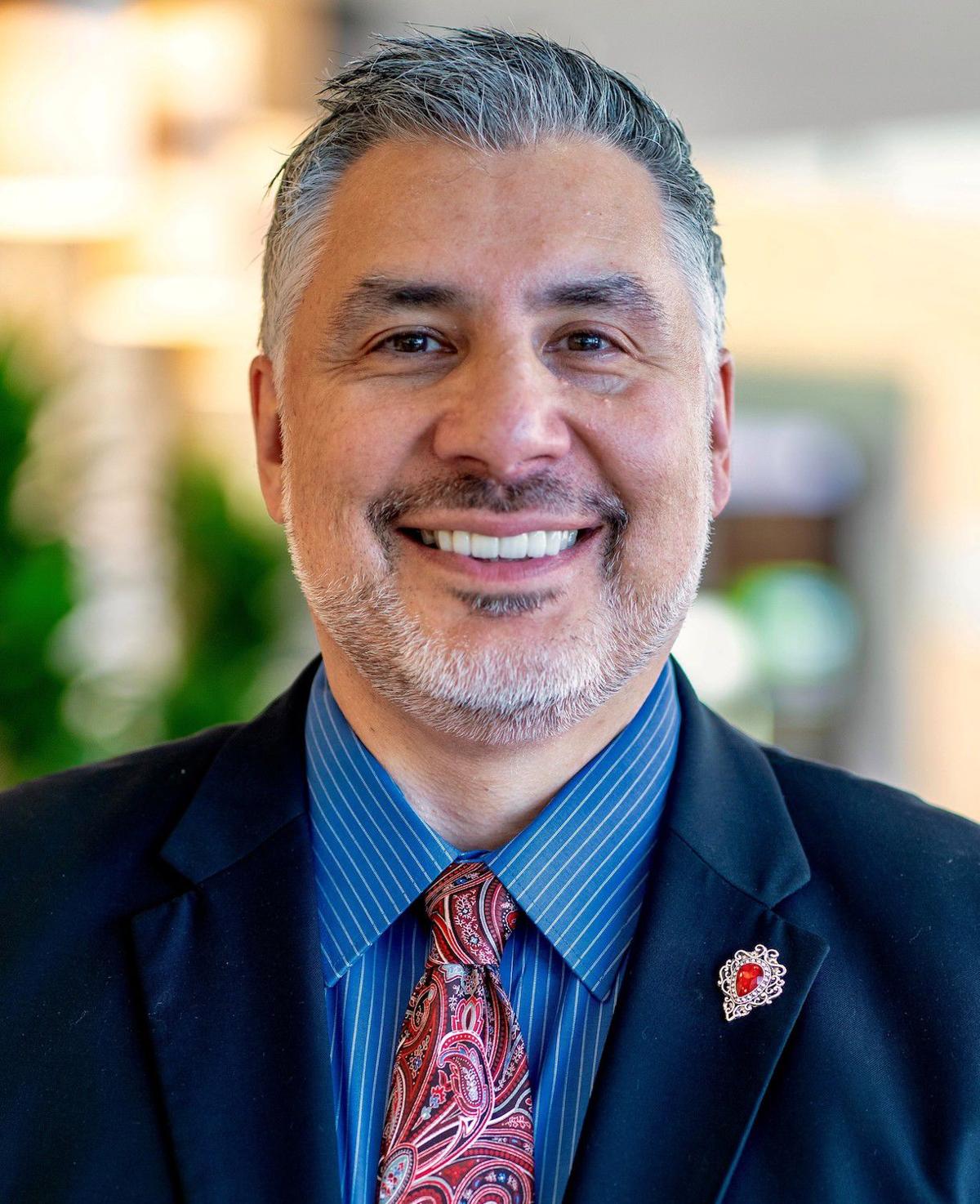 Carlos Galindo-Elvira announced his departure as regional director of ADL Arizona on Jan. 2. 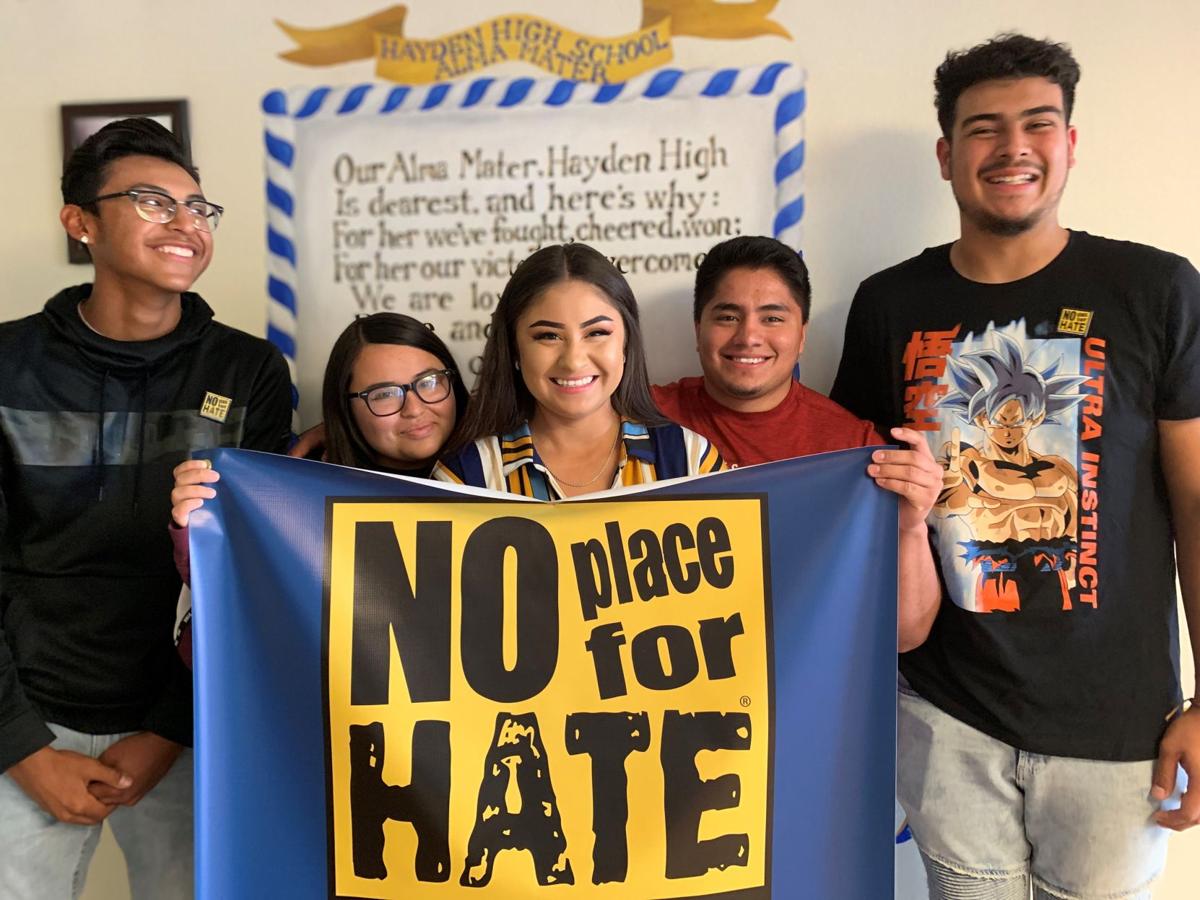 The No Place for Hate student committee at Hayden High School receive their first-ever banner from ADL Arizona. The banner was presented by Carlos Galindo-Elvira, who graduated from HHS in 1985.

Carlos Galindo-Elvira announced his departure as regional director of ADL Arizona on Jan. 2.

The No Place for Hate student committee at Hayden High School receive their first-ever banner from ADL Arizona. The banner was presented by Carlos Galindo-Elvira, who graduated from HHS in 1985.

Carlos Galindo-Elvira, the now-former regional director of the Anti-Defamation League of Arizona, announced his departure on Jan. 2 after three years with the organization.

“Seasons change. And I’m pursuing a new opportunity that will bring me new learnings, challenges and meaningful experiences to galvanize our Arizona community,” Galindo-Elvira said. “My departure from ADL is a pathway toward continuing to be an advocate within the community and to work on and build on stronger ties between different communities.”

Galindo-Elvira did not disclose where he was transitioning to, but said that more information would be coming out before the end of January.

Galindo-Elvira took his position with ADL in 2016, and he said he was the first Latino regional director in the entirety of the organization.

“I have a high regard for Jonathan Greenblat, CEO and national director of ADL; his vision is forward thinking and his protection of the Jewish community and marginalized communities is unmatched,” Galindo-Elvira said. “Because of the excitement that I feel, it overshadows any level of sadness about leaving, but working for ADL has been an experience of a lifetime in the daily responsibility of fighting the good fight.

Galindo-Elvira’s achievements include growing the ADL’s Training on Managing Implicit Bias, which trained hundreds of Maricopa County Sheriff’s Office deputies and posse members in reducing the influence of bias in interactions and decision-making. In addition to reducing bias, the program also aims to improve police-community relations and increase officer safety.

During Galindo-Elvira’s tenure, the Arizona ADL also expanded the No Place for Hate program, where participating schools incorporate ADL’s anti-bias and anti-bullying curricula with their own programming to form one message that all students have a place to belong. “My proudest moment was bringing the No Place for Hate program to my alma mater, Hayden High School,” said Galindo-Elvira, who graduated from HHS in 1985.

Greg Rosenthal, immediate past board chair of ADL Arizona, praised Galindo-Elvira’s leadership. “Any time you have someone like Carlos steering your organization, someone with that sort of dynamism and professionalism and energy, any time he leaves there is going to be a transition period,” Rosenthal said. “We’re well suited for that; our office is up and running, we’re open for business. The work ADL does continues to be important, more important than ever, and we’re going to build on the foundation Carlos helped lay.”

The ADL is actively seeking a new regional director. The job description was posted to Indeed and the ADL Arizona website within a day of Galindo-Elvira’s announcement.

“There is an active search going on for the next regional director,” Rosenthal confirmed. “Our board is strong and our office is strong, and we feel it’s the sort of position that will attract someone of the highest quality.”

“I’m extraordinarily grateful to my colleagues who have continued the operations of the office,” Galindo-Elvira said. “Ashton Skinner is the education program director that Arizona deserves due to a level of professionalism and attitude. Keisha McKinnor, the assistant regional director, will continue to be a liaison with law enforcement and training as well as overseeing incidence response. The office is in good hands with those two individuals.”

Founded in 1913, the ADL fights anti-Semitism and all forms of bigotry, defends democratic ideals and protects civil rights for all. The Arizona office was established in 1983.

“At the JCRC, we worked closely with Carlos and the ADL,” said Paul Rockower, executive director of the Jewish Community Relations Council of Greater Phoenix. “Carlos has done tremendous work to help safeguard the Jewish community and fight anti-Semitism across Arizona. He is a real mensch and a true leader, and we wish him the best in his future endeavors.”

Watchfulness and speaking up on behalf of others is more important than ever to combat the hate and bigotry that is more prevalent today, Galindo-Elvira said.

“It’s not a question of if, it’s a question of when. And to that, I strongly advise we continue vigilance and that we ourselves become bullhorns to speak out against anti-Semitism and hate, but also to be a protective voice for each other,” he said. JN