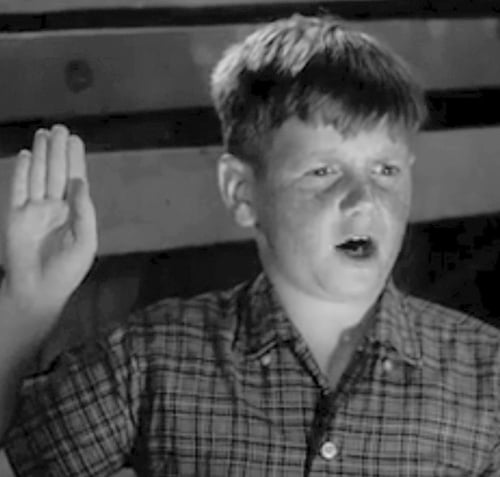 Putting the blame for a barn fire on Opie Taylor in 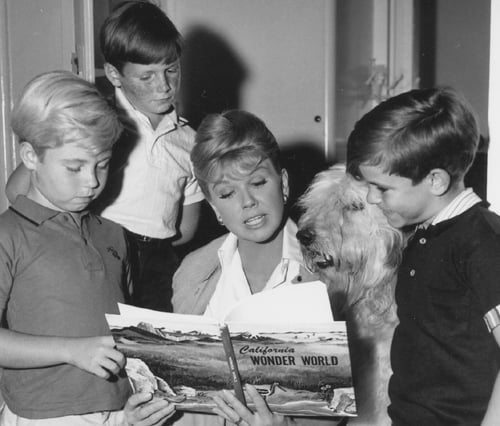 In "Don't Eat the Daisies." 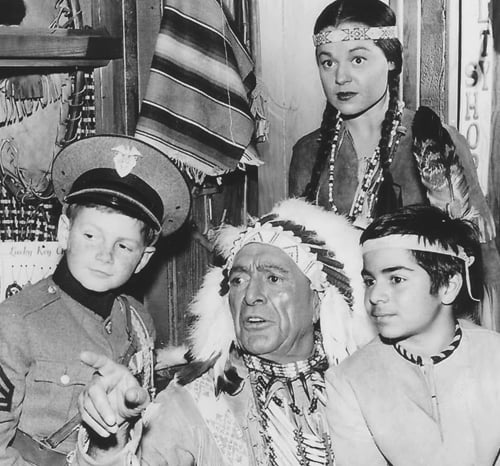 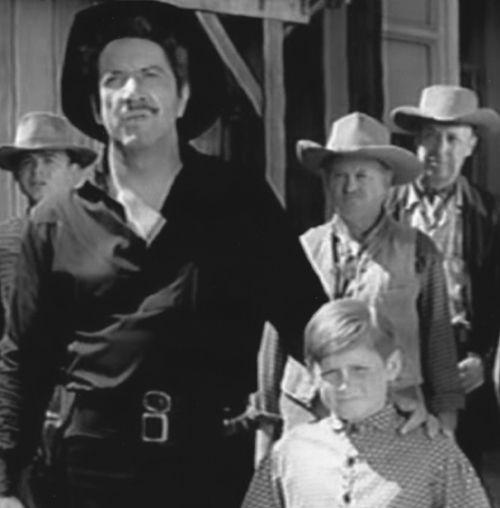 In "Have Gun Will Travel." 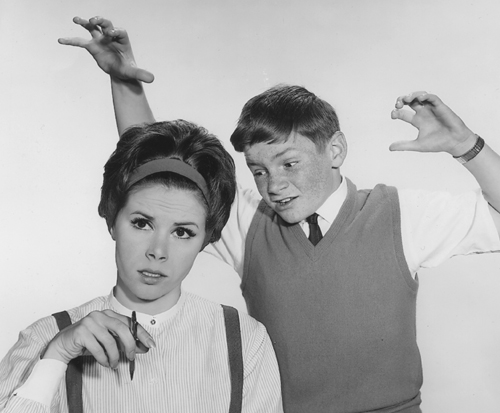 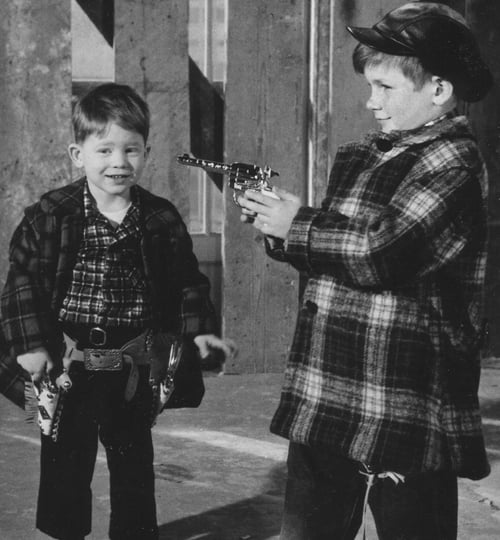 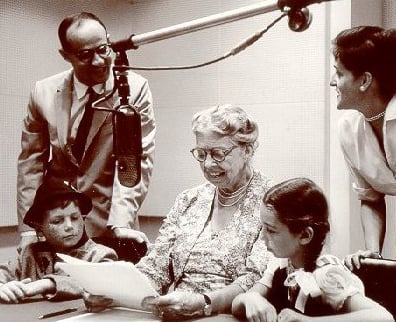 With Eleanor Roosevelt in the radio station. 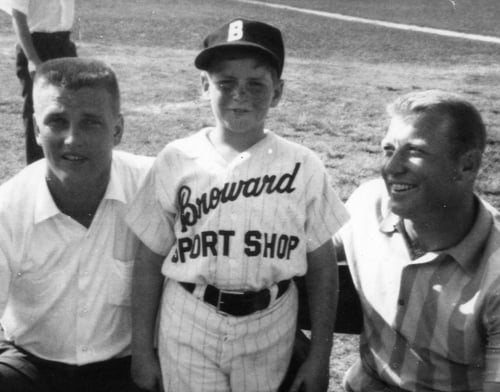 Hanging out with Roger Maris, left, and Mickey Mantle. 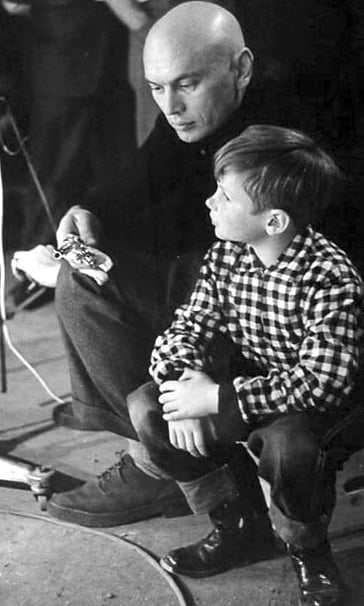 With Yul Brynner in “The Journey.”

Putting the blame for a barn fire on Opie Taylor in

In "Don't Eat the Daisies."

In "Have Gun Will Travel."

With Eleanor Roosevelt in the radio station.

Hanging out with Roger Maris, left, and Mickey Mantle.

With Yul Brynner in “The Journey.”

The agent was on the phone with a photographer offering some modeling work for a red-haired, freckle-faced boy. Philip Goldberg, who had just walked into the office for the first time with his mother, filled the bill exactly. The agent covered the phone receiver and asked his mother, “What’s his name?”

The agent uncovered the receiver and said, “His name is Flip Mark.”

That happened when he was about 7 years old and led to a career as a print advertising model and child actor on stage, screen and television. His last acting gig, he says, was in a “Streets of San Francisco” episode in 1972, a police series that starred Karl Malden and Michael Douglas. Along the way, he worked with Jackie Gleason, Yul Brynner, Doris Day, Dean Martin and many others. He counts among his friends and acquaintances people like Stanley Livingston of “My Three Sons” and Jon Provost of “Lassie,” who like Goldberg, were then child actors.

What brought him to the agent’s office that day in the 1950s? His parents used to send out holiday cards that included his picture, and the boss of his cousin’s ex-wife saw the freckled face, and said, “Oh, he looks like the typical American boy. Would his parents let him do commercial modeling?” Goldberg’s mother, who had done some acting, was intrigued, and his father wasn’t against it, but said he wasn’t going to pay for any pictures.

Goldberg’s dad needn’t have even thought about it. It turned out that the young boy took direction well and got that very first job in a print advertisement and never looked back. He appeared in ads for everything from Kellogg’s cereals to Ohrbach’s, a New York-based department store chain.

Being based in New York, there was a good deal of work available. “I did that for a number of years, interspersed with television commercials,” he says. “At that time, almost everything [on TV] was live in New York. ... And that eventually led into some actual parts, where I was doing some TV shows and eventually a Broadway show and eventually a movie.”

The Broadway show was a revival of “Annie Get Your Gun” that was quickly followed by a trip to Europe to film the movie, “The Journey.” In the film, he was among a group of Western travelers trying to leave Hungary during the 1956 Soviet invasion. It was a big Hollywood Cold War story starring Yul Brynner and Deborah Kerr, and playing Goldberg’s younger brother was Ron Howard, years away from becoming the Opie of the masses in Mayberry.

When they returned from that project, his agent, who had an office in California, told them that the boy needed to go to California because there would be so much work.

They decided to go out on a family vacation and visit Disneyland. When his father went back to New York, Goldberg and his mother stayed behind for another month so that he could play George, one of the children of Doris Day and David Niven in “Please Don’t Eat the Daisies.” Among Goldberg’s siblings was Stanley Livingston, or Chip to those who remember “My Three Sons.” Goldberg is immortalized in the film’s poster, wearing an Indian headdress and pulling back on a bowstring.

A role in a sketch opposite comedian Shelley Berman in the 1960 Emmy-winning TV special, “The Fabulous Fifties” was a turning point.

“After that show, I had offers for six TV series,” Goldberg says. “I was a hot commodity and was interviewed by a newspaper in New York and the interview was done at Sardi’s. Suddenly, someone yells out, ‘You, kid.’ We looked and it was Jackie Gleason, and he said, ‘You were terrific [on ‘The Fabulous Fifties’].’” Gleason didn’t recall that he’d worked with Flip Mark several years earlier.

Before he was offered a TV series, Goldberg’s parents were content with the nation-spanning commute from work in New York to Hollywood as the boy pursued advertising, stage and film jobs, but that would be impractical if he took a role in a weekly series.

His father told him, “If this is really what you want to do, we’ll sell the house in New York ... and we’ll just move out there.” And that’s what they did.

“Guestward Ho,” about a New York family that moved out West to open up a dude ranch, was his first TV series. The Desi Arnaz-produced show, which ran in 1960-61, starred character actor J. Carroll Naish.

His second series was “Fair Exchange,” about a pair of World War II buddies – one British, one American – who decide to exchange their teenage daughters across the pond for a year. Goldberg played Larry Walker, son of Eddie Foy Jr., who got into mischief with the exchanged British daughter, played by the young Judy Carne, well before “sock it to me” became part of the vernacular.

All the while, he worked in other films including “Safe at Home,” which united the young sports fan with baseball greats Roger Maris and Mickey Mantle, and on TV series ranging from “The Outer Limits” to the Western “Have Gun – Will Travel” to “The Andy Griffith Show” to “My Favorite Martian.” (He continued working till he went to college, even learning to ride a motorcycle in Dean Martin’s driveway for his role in “Marriage on the Rocks.”)

He continued commuting from coast-to-coast because there was still a good deal of commercial work for him in New York, working with “Mr. Wizard” (Don Herbert) and General Electric.

“It was an exciting time,” Goldberg says. “In L.A., my mom came with me to the studio whenever I was working, and my dad did various things. I was contributing to the household, and my dad made some real sacrifices for me to pursue that.” And that meant some challenges. “It was a different world then, the money wasn’t what it is now,” he says, but over all recalls his parents’ role in his unusual upbringing with fondness.

“They were unique among parents of child actors,” he says. “Most directors and producers wanted nothing to do with stage parents: ‘We want to have a child in this movie or TV show. It’s just too bad we have to put up with the parents.’ ... My parents were very grounded. They wanted me to be successful, but they wouldn’t hesitate to say, ‘He can’t do an interview that day because he’s got Cub Scouts, or he’s got a Little League game.’ Their attitude was, ‘Don’t get too full of yourself. We’re not going to let that happen.’ ”

A Phoenix resident and father of Jewish News’ Special Content Editor Jennifer Goldberg, he followed his acting days with a career in the travel industry and today, he’s in his 16th year of working as a 9-1-1 operator. “I’ve been fortunate. I’ve got three very defined stages of my life, each of them with some excitement and some very good memories.”

Stories on active Jewish adults, their lives, concerns and passions.