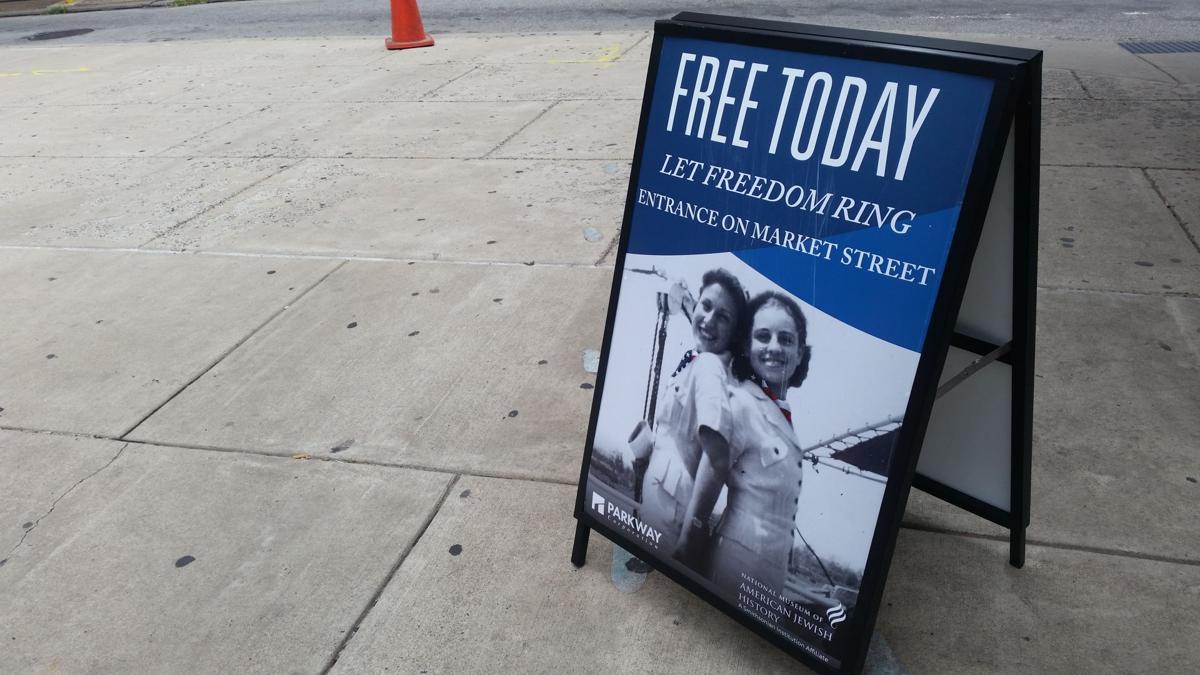 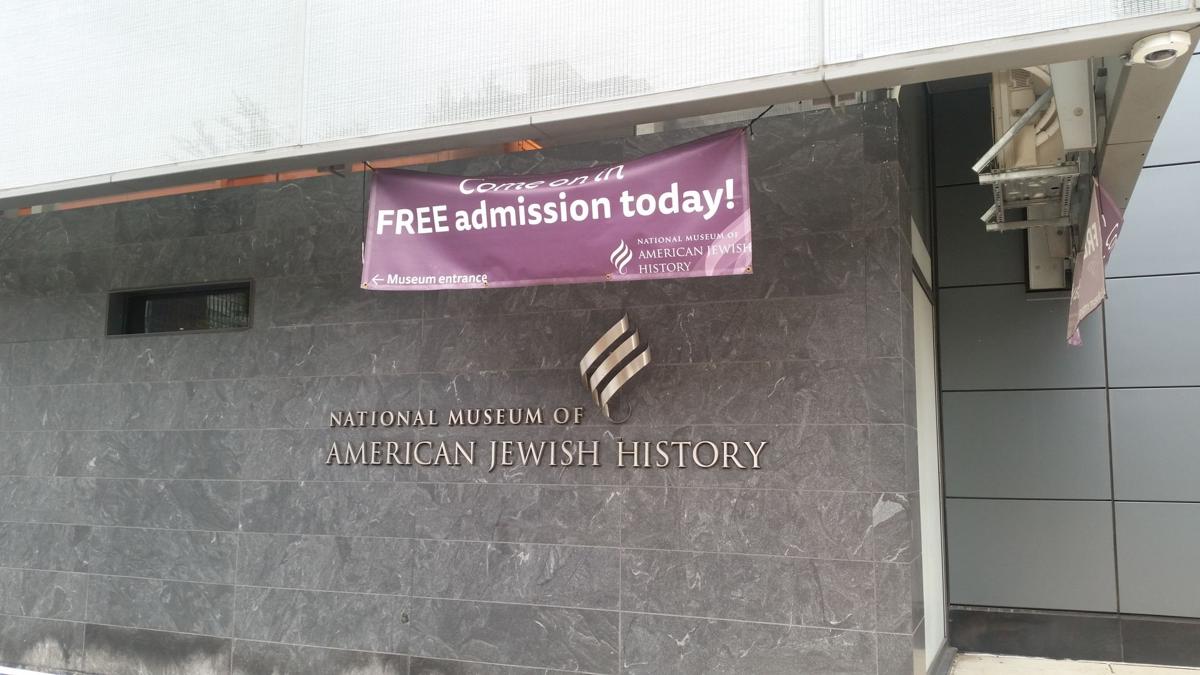 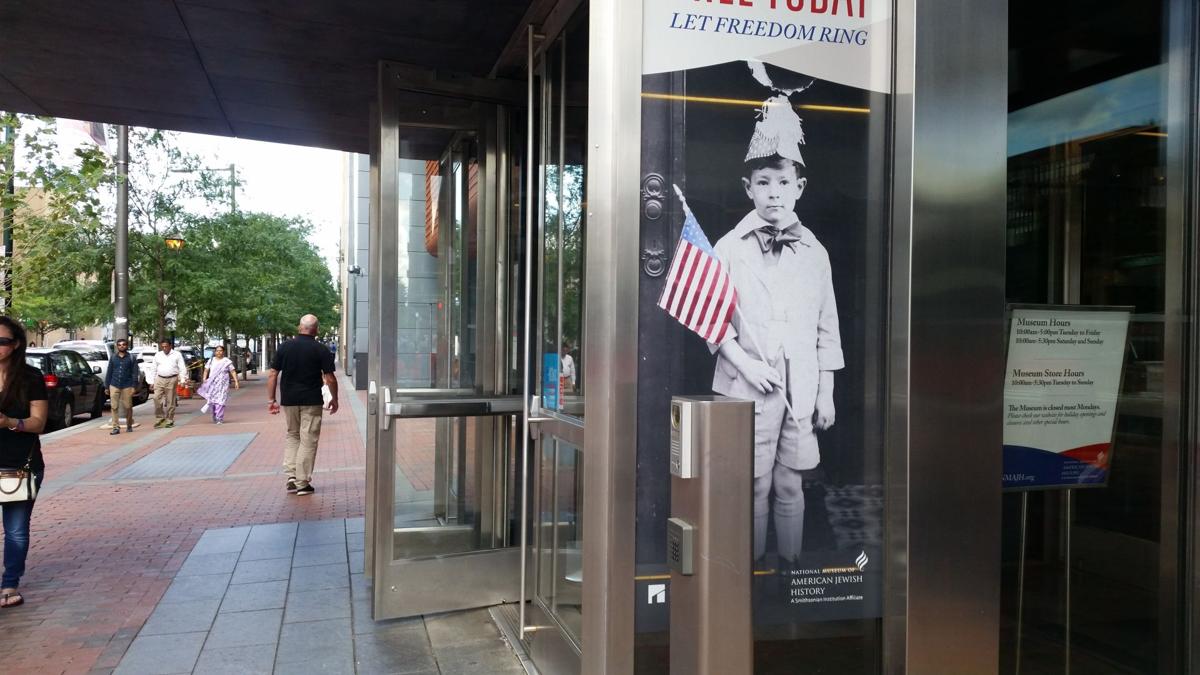 The entrance to the National Museum of American Jewish History.

The entrance to the National Museum of American Jewish History.

On a recent Sunday afternoon, tourists and locals out for a day of sightseeing bustled at the intersection of Fifth and Market in Philadelphia, Pennsylvania.

There at the corner was the National Museum of American Jewish History, surrounded by hard-to-miss signs advertising free admission. While some visitors that day had come to Independence Mall specifically for NMAJH — perhaps to see the special exhibit on “Sara Berman’s Closet,” advertised by a small walk-through display next to the museum — others happened to be in the area and were drawn in when they saw that admission was free.

One of those visitors was Nirav Vyas, who lives over 60 miles to the north in Allentown.

“Why not visit?” he said. “It’s always nice to learn something new.”

The number of visitors to NMAJH has more than doubled this summer, said Interim CEO Misha Galperin. He attributes that to the fact that the museum has had free admission for the past two months.

Those free days, which the museum is calling “Let Freedom Ring,” is part of a strategy to better target the tourists who come to Independence Mall to see the Liberty Bell, Independence Hall and other historical attractions.

“We wanted to attract them to the museum,” said Galperin, the president of ZANDAFI Philanthropy Advisors, who stepped into this current role after former NMAJH CEO and director Ivy Barsky resigned earlier this summer. “Over the years, from what I understood, not as many people from that general population have visited the museum before. We wanted to see whether making the museum free, just like the Liberty Bell and Independence Hall are, would make a difference in attracting people.”

So far, it seems to be working. Instead of charging for admission, the museum has asked some of its supporters for sponsorship.

In September, the museum will not be free, Galperin said, in part so they can get a better idea of how free admission compares.

“The museum has had a dual mission since its founding,” Galperin said. “One was to connect Jews to their heritage and their history, but the other is to expose others to the history of American Jews and to the way American Jews both came to the United States, how they struggled with freedom and immigration ... and how grateful we are for what America was able to offer in terms of opportunities.”

As part of this drive to attract tourists in the area, the museum has started to emphasize more universal themes.

For example, the museum brought in artifacts to highlight the theme of freedom. These include a signed copy of President Franklin Delano Roosevelt’s “Four Freedoms” speech, a letter by President George Washington declaring Nov. 26 the Thanksgiving holiday and more.

“They see the history of migration. Just about everyone in America, except for Native Americans, has come here from somewhere else at some point at some generation,” he said. They see “the history of both struggle for religious freedom, the opportunities that this country offers and taking advantage of those opportunities.”

In October and November, the museum plans to go back to having free admission, with one caveat — visitors will have to pay to see the special exhibit.

That special exhibit will be “Notorious RBG: The Life and Times of Ruth Bader Ginsburg,” which will run from Oct. 4 to Jan. 12, 2020. NMAJH will be the exhibit’s first stop on the East Coast, according to the museum. Based on a book of the same name, “Notorious RBG” traces Ginsburg’s life and her cultural impact.

Admission to the exhibit will cost $9, a reference to a famous quote from the Supreme Court justice: “People ask me sometimes, when — when do you think it will it be enough? When will there be enough women on the court? And my answer is when there are nine.”

In honor of the exhibit, the museum will participate in some special programming. NMAJH plans to induct her in the museum’s Hall of Fame, alongside Albert Einstein, Leonard Bernstein, Golda Meir and others. The museum will have a luncheon honoring some women attorneys. National Constitution Center President and CEO Jeffrey Rosen will also release a book, Conversations with RBG: Ruth Bader Ginsburg on Life, Love, Liberty, and Law, on Nov. 5.

“She’s an amazing jurist,” Galperin said. “She’s made an enormous impact on jurisprudence on the Supreme Court, and she’s also become a true pop icon. This little Jewish lady from Brooklyn, who takes her Jewishness very seriously and in stride and has been a member of the museum for many years, has become somebody that millennials and Generation Z, young people really sort of admire.”

Galperin hopes the exhibit contributes to the museum drawing in more visitors.

“There’s a reason why the museum was established and built on Independence Mall,” Galperin said. “This is not just a Jewish story. This is an American story, and we wanted to make sure that more Americans are exposed to it, and not just Americans, also visitors from other countries. That’s very much achieved.” JN

Selah Maya Zighelboim is the digital writer editor of the Philadelphia Jewish Exponent, a JN-affiliated publication.